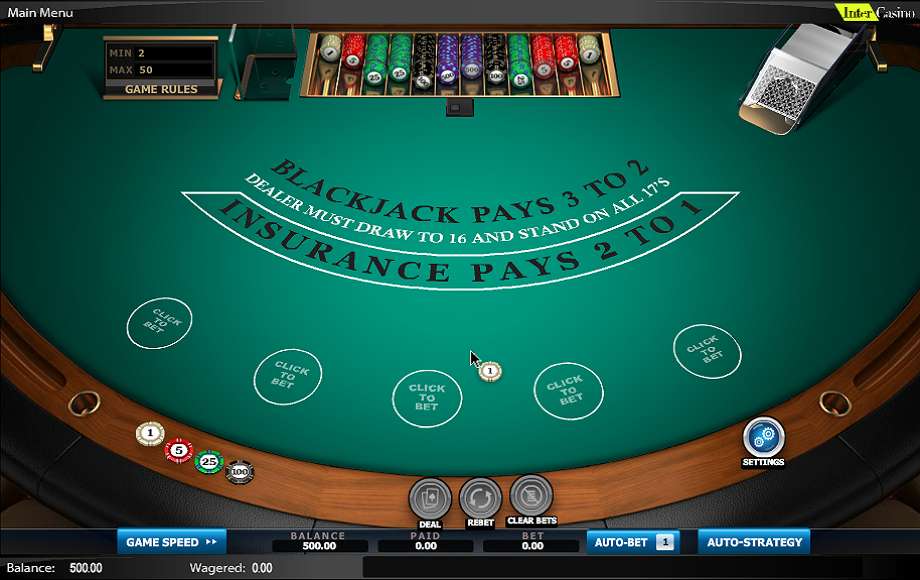 This variation of Blackjack uses most of the standard rules, with some differences. Whether you prefer this version of the game over others is probably a personal decision based on how risky you like to play. Atlantic City Blackjack is probably a better game for aggressive players, since, other than Aces, you can split your cards several times.

Atlantic City Blackjack is always played with eight decks of cards, which is generally considered favourable for the casino. The thinking is, the more decks in play, the more likely the house is to get a low-numbered card and turn what seemed like a bad hand into one that beats you. It's also more difficult to count cards with that many decks. However, as a break to the players, the house does not hit on soft 17, as it does in many versions of the game. So if you have 18, 19, 20 or 21, the house won't be able to improve on a 17 and beat you.

The other distinctive part of Atlantic City Blackjack comes after you've split cards. Unlike many versions of the game, you are allowed to double down after you split cards. At most sites that offer Atlantic City Blackjack, you can also keep splitting as many as three times. However, if you split Aces, you cannot split again and if you get 21 on a split Ace, it does not pay 3-2 but even money if it wins. It can still be tied by the dealer.

The other rules used in Atlantic City Blackjack are standard. If there is an Ace showing, the player can buy insurance at 2-1, while Blackjack pays off at the usual odds of 3-2.

The game is designed for aggressive play, with multiple splitting allowed. You can end up with a lot of money riding on your cards. Keep in mind though, with eight decks in play, there is a decent chance that the dealer will draw out and beat you with several low cards. You might want to be careful how much you have riding on any one hand.

Usually, Atlantic City Blackjack offers the player a chance to surrender after he receive his two cards if the dealer does not have a blackjack. Some sites may not have this rule and may not offer all the other options and odds associated with this version. Make sure your online casino is offering you everything you should be getting.