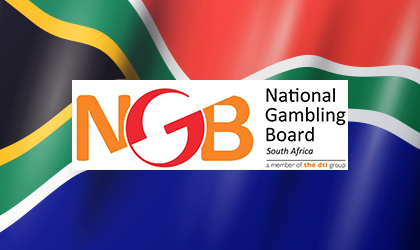 From the crashing shorelines of the Cape coastline, to roaring prides of the African bushveld, rolling hills of vast ripening vineyards, and of course the hustle and bustle of a vibrant, colourful city culture, it’s no wonder South Africa is known to be a top tourist destination around the world. There is more to South Africa though aside from just its incredible location, it also happens to carry with it a fresh, exciting gambling industry too, an industry that continues to flourish under a new democratic state.

Over the past decade, South Africa’s gambling industry has exploded into what is estimated to now be a R34bn + industry, an incredible figure given that South Africa has had its fair share of legal amendments over the past 20 years that have not always favoured gambling activity. However, despite the challenges, the industry continues to flourish with new competitive offers both locally and abroad entering the market daily.

Online sports betting, online horse race betting, Lottery, bingo, and land-based casino operations are all legal to operate in South Africa, this of course is only the case when the operator possess the relevant license documentation issued by one of the 9 provincial gambling boards, the biggest of which is the Western Cape Gambling Board.

Governed by the National Gambling Board (NGB), South Africa gambling industry has since issued over 40 land-based casino licenses, making it home to some of the biggest casinos in the world, one of which is Rio Casino Resort, the 5th largest casino resort in the world. In South Africa casinos alone make up 72% of the revenue collected from gambling in South Africa, followed by online sports betting, which just shows the sheer opportunity these activities bring both economically and socially.

Gambling activity in South Africa pre-democracy had always been a predominantly horse race betting market, and prior to 1996 there was really no formal documentation stating the stance on gambling as a whole in the country. It was at this point that you could find more than 2,000 informal casinos operating in the country, albeit many of which were just a simple room with a handful of slot machines. This of course posed several issues, something which the then government knew they needed to jump on to.

As democracy rolled in and the South African government changed hands, the opportunity that gambling brought with it in tax revenue and job creation was identified, it was at this point that a really modern, and inclusive act in the way of the National Gambling act of 1996 was instated. The Act and its governing bodies represented an opportunity for South Africa to rein in gambling activities in the country, and in doing so create a uniform and structured industry that could contribute positively to the country’s economic state.

Unfortunately, the original Gambling act of 1996 did not favour all, especially our early adopters of the internet. Online sports betting, and any form of interactive gambling (i.e. online casinos), were still considered, at this point to be an illegal activity. It was only when 2004 rolled around, and with it the National Gambling Act of 2004, that online sports betting received the nod to now legally be allowed to operate, this inevitable given South Africa’s long standing horse betting and sports centric market.

When the 2004 act was passed, Interactive gambling or online gambling, which in this context includes Casinos, Poker and Bingo was again reiterated as being illegal within the borders of South Africa. However, this clause was not interpreted so simply, many loop holes were identified just because of the sheer complexity of the online space. 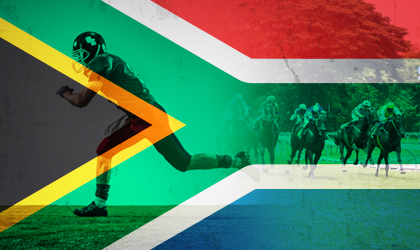 In 2008 a possible silver lining was introduced in the National Gambling Amendment Act of 2008, the act proposed certain changes to the then stance on interactive gambling, with many of its creators stating the enormous tax and other economic benefits that online activities could bring to the country. Alas as with all things, not all parties agreed with this idea and several hard hitting and very relevant questions came up during the first session, this included things like “how they will monitor the age of players?”, “how identity would be proved?”, “how frequently monitoring would occur?”, and “what measures could be taken to effectively handle illegal operations?”.

The biggest thing to all of this is that the NGB or National Gambling board, who’s responsibility it is to oversee all gambling related activity in South Africa could not possibly be able to handle the responsibility and workload that online gambling would bring with it, the biggest of all would be to 1. How to prevent underage gambling? and 2. How to prevent fraud and illegal gambling activity, especially with a very new online South African Audience.

The current stance on Gambling in South Africa

At the end of the day the regulations and monitoring of online activities for any market is a mammoth task, and the reality of it is that no one governing body can possibly keep an eye on everything. For this reason, there are very few if any prosecutions made on South African players partaking in online gambling activity, if any they have been more focused on the operators themselves as opposed to the players.

We always recommend that you be vigilant online, play safely and responsibly with operators you can know and trust. If you are unsure visit SlotsZar.co.za which is a dedicated SA online casinos and games review site to help guide you along.

- The South African Gambling industry is governed and regulated by what is known as the National Gambling board or NGB. It is the NGB's responsibility to preserve the integrity of South Africa as a global gambling destination.

2. Who are the provincial jurisdictions that help govern gambling activity in South Africa?

3. Can a casino obtain a gambling License in South Africa?

- Yes, a casino operator can obtain a gambling license for either online or land based gambling activity as long as they receive this from one of the 9 provincial gambling boards. In the case of South Africa, only land based casino activity is permitted. Online Licenses will only be granted for activities in sports betting, bingo and lotto. Online casino operations such as roulette, slots, poker are not allowed.

4. Is it legal to gamble online in South Africa?

- Casino based gambling online is strictly forbidden and illegal within the borders of South Africa. However sports betting is allowed online.

5. Can I trust sites that allow South African players the means to play online?

- There are many grey areas when it comes to online casino activities in South Africa, and because of the sheer size of the online world, it makes it impossible for governing bodies to regulate them all. For this reason you will find a number of offshore based Casinos offering South African players a chance to play, and more often than not in South African Rands too. Always go with Casino brands you know and can trust, if you are uncertain then reviews are a great place to start.