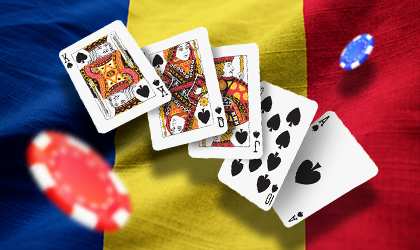 It has been a long and thorny path to the regulated online gambling market in Romania. Even though it was legalized by the Government in 2009, it took seven years more to get the whole concept to work if not at full then at least at relatively solid capacity.

Various games of chance have always been popular in this EU state most widely known for its forested region of Transylvania, which was once home to ferocious Count Dracula.

...the country's national lottery, was created as far back as in 1906 as a response to the growing public interest in this type of entertainment.

Intended to put an end to the need of visiting neighbors and taking part in their lotteries, the new institution was also a great support to numerous charitable and cultural projects.

Besides assisting musicians and writers, it was involved in collecting money for historic landmarks such as the Saint Joseph Catholic Cathedral in Bucharest, Romanian Athenaeum, and the Romanian Cultural League.

Suffering from multiple difficulties and limitations during the Communist era, Loteria Romana is still going strong today and gets along with the innovative forms of web-based gaming, which is definitely gaining momentum.

Established in 2013 to be in charge of all gambling-related activities across the country, the National Gambling Office is the only licensing and regulating authority that monitors all legal operators and compiles a blacklist of unlicensed websites.

Both land- and web-based gambling are regulated by the following legislative framework:

In addition to that, the entire spectrum of gambling activities is subject to a number of orders, instructions, and decisions enacted by the National Gambling Office.

...in accordance with current laws, online casinos must obtain a Class1 license (mandatory for B2C operators) and one (or more) authorizations to provide games of chance. In their turn, all B2B suppliers such as software developers, payment processors, auditors, market affiliates are required to have a Class 2 license.

Although the NGO provides for pretty strict technical conditions, they are not the reason prevented a mushrooming of the online market in Romania.

In fact, the pretty unfavorable fiscal environment characterized by high taxation of the gambling sector is the one that doesn't look attractive to both internationally renowned brands and smaller venues focused on certain regions.

From the player's point of view, the climate for gambling online in Romania is conducive. Despite all efforts of the Government to block foreign sites, offshore venues manage to reach out to their customers.

Therefore, in addition to the websites licensed by the NGO, punters who live in the Land of Dracula can take advantage of the best international platforms that deliver festive Vegas atmosphere able to suit all tastes and preferences.

Many of the vibrant places feature Romanian interface and accept Romanian Leu, so playing your favorite video slot or table game can be a truly smooth experience. Just do not forget to read our detailed reviews below in order to find a casino that can meet all your needs.

No. Thanks to the innovative solutions used by game makers and fast development of the internet, the majority of websites allow you to play directly in the browser. However, some casinos do offer to download their software, which can be a great option in the case of slow or unstable internet connection.

2. What technical measures are in place to protect consumers from unlicensed operators?

ISP and payment blocking. Internet providers are required to block access to the blacklisted sites, while payment processors may be asked to stop services to the aforementioned places.

3. How can I know if a casino is blacklisted?

Quite simply, you can take a look at the Lista neagra that contains operators offering their services without Romanian license.

4. What banking options are available for Romanian players?

Depending on a particular casino you 're going to play with, your options can vary from dramatically. However, as a rule, you will be offered a wide range of credit/debit and pre-paid cards, as well as instant eWallets.

5. Can Romanians play with Bitcoin?

Obviously more and more popular among the gambling community, cryptocurrencies are frequent guests on the lists of accepted deposit and withdrawal methods. So, yes, multiple benefits of Bitcoin are available for punters from Romania.

Yes. All fans of timeless Vegas fun are very welcome to take a seat at one of the tables set inside the festive atmosphere of famous land-based casinos and enjoy their favorite variant of roulette, poker, blackjack or baccarat complemented by multi-lingual Live dealers.

Yes. It's hard to come across a casino that does not offer various sign-up, deposit-related, and no-deposit bonuses.

To make the most of the cunning perks, it is essential to read carefully the T&Cs of a particular bonus before claiming it: sometimes a way past attractive on first glance treats are not what they seem.

8. Are Romanian users eligible for VIP Clubs and comp points?

Yes. Warmly greeted by loyalty programs, registered players from Romania can start earning reward points from the first minute of their real-money play. Each bet contributes to a higher status and more thrilling promos and valuable gifts.

Yes. Keeping pace with the current trends, online casinos strive to focus on fully mobile-optimized platforms able to cater to players the best possible performance. The majority of games are now playable across all smartphones and tablets.

Yes. Fancy the world 's most favorite entertainment? A plethora of free-roll tournaments loaded with excitement and prizes are waiting for you! Run on a daily or weekly basis, these engaging competitions make your pastime even more fun.