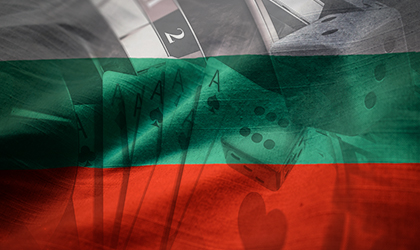 Officially legalized in 2008, online gambling in Bulgaria is not only a popular type of entertainment but also an important source of revenue for the Government. Years of restrictions during the communist era have quickly given way to a new spirit of progress and rapid development of the gaming industry, both web and land-based.

Not that long ago, the country had just several brick-and-mortar casinos available exclusively for foreign tourists, naturally, excluding the visitors from the so-called Eastern Bloc. Everything changed in 1989: the end of the communist regime caused the real boom in the gaming sector. Evolving at lightning speed, it soon showed a need for being supported by sustainable legislation.

Today, gambling in one of the oldest European countries is fully regulated at a national level and controlled by the State Commission on Gambling (SCG) - an administrative body under the Minister of Finance, which issues licenses for operators of games of luck and supervises all related activities.

only companies established in the EU and the EEA countries, as well as in Switzerland are eligible to apply. Therefore, offshore companies or persons related to them are restricted from participating directly or indirectly in licensing procedures in Bulgaria.

Even though the SCG does not grant licenses to operators registered in jurisdictions with a preferential tax regime, there is no law that prohibits punters from playing on international websites. Some of them are blacklisted and blocked by internet service providers but there are always a number of places Bulgarian users can easily access.

Adopted by the Bulgarian Parliament in March 2012, the Gambling Act came into force on 1 July of that year to replace the gambling Act of 1999.

Although the latter was a quite balanced and strong regulatory framework, the fast evolvement of new technologies required significant updates to cover constantly emerging issues.

Amended several times (most recently in 2014), it preserved the basic principles of its forerunner and kept the exhaustive list of games that can be legally operated by state-owned or private entities.

The document also contains general requirements applicable to all gambling products, such as rules for each particular game, equipment requirement, currencies of winnings and maximum winnings payable per day.

It also provides for minimum payout percentage, for instance, at least 80% RTP for both land-based and online slots, as well as at least a 50% return for bingo, keno, and various types of lotteries.

When it comes to the provisions of the Act related to economic and financial relations with offshore companies, which is in force since January 2014, they are strictly implemented by the State Commission on Gambling in cooperation with the Ministry of Finance.

In accordance with the Act, operating gambling activities on the territory of Bulgaria without an SCG license is illegal, hence a subject to administrative sanctions, a pretty hefty fine, and even criminal charges. As an additional measure to prevent unlicensed by SCG sites to reach users within Bulgaria, the Gambling Act introduced blacklisting and blocking such platforms. 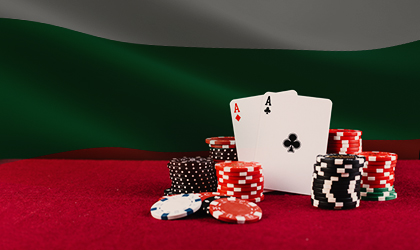 As already mentioned, even despite the blocking of blacklisted sites by country’s ISPs, numerous globally-renowned gambling venues are at the disposal of Bulgarian punters.

However, if you decide to spin the reels or join a poker table at one of the online casinos that are not licensed by the Bulgarian SCG, we highly recommend you to stick with reputable websites regulated by credible jurisdictions.

To get detailed info on each particular place, read our reviews below in order to find the casino able to meet your demands and playing style. No need to lower your sights – rich libraries simply burst of virtual one-armed bandits and all known variants of roulette, poker, blackjack, baccarat, as well as other card and dice games.

What’s more, the best sites will offer you a unique opportunity to plunge into the festive atmosphere of the most luxurious land-based houses and enjoy your favorite pastime in the company of skilled Live Dealers.

1. Is it legal to play at international online casinos?

Yes, unless an online casino is not blacklisted by the Bulgarian State Commission on Gambling.

2. What banking options are available for Bulgarian players?

Although the assortment of payment methods varies from one site to another, most online casinos offer a wide range of payment methods to suit all tastes and bankrolls: from widespread credit/debit and prepaid cards to a bunch of instant eWallets.

Yes. A number of renowned gambling platforms offer the entire content in Bulgarian. For even better player’s experience, they also provide customer support in the native language of users that reside in this Balcan country.

4. Can Bulgarians play with Bitcoin?

Keeping pace with the latest trends in the industry, the most advanced websites let punters take advantage of the digital assets and allow safe and secure deposits/withdrawals not only in Bitcoin but also in other cryptocurrencies such as Bitcoin Cash, Litecoin, or Etherium.

No. Thanks to the innovative solutions used by game makers and fast development of the internet, the majority of websites allow you to play directly in the browser. However, some casinos do offer to download their software, which can be a great option in the case of slow or unstable internet connection.

Yes. All fans of classic Vegas entertainment are very welcome to join vibrant tables set inside the glamorous atmosphere of famous land-based casinos and enjoy their favorite game complemented by multi-lingual Live dealers.

Yes. As a rule, online casinos offer a plethora of various sign-up, deposit-related, and no-deposit bonuses. Still, it is essential not to skip a fine print and read carefully the T&Cs of a particular perk before claiming it. Do not be mislead by extremely attractive on first glance treats – in reality, they pretty often come with unreachable wagering requirements or time frames.

8. Are Bulgarian users eligible for VIP Clubs and comp points?

Yes. Greeted by open arms at many great places, registered players from Bulgaria earn reward points for real-money play, which help move upward to a higher level of loyalty programs and get access to various exciting benefits.

Yes. Nowadays, no one can ignore the fact that smartphones are an inseparable part of our lives, so fun on the go is widely available. More and more software developers produced fully mobile-optimized games, more and more casinos set superb performance on tablets and smartphones as a priority.

Yes. If you are one of those who fancy the world’s most favorite fun, then do not hesitate to make the best of free-roll tournaments. By the way, run on a daily or weekly basis, these engaging competitions are just a part of numerous slots-related perks.