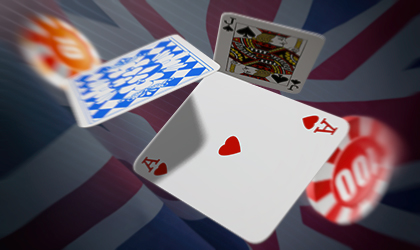 The United Kingdom is, quite straightforwardly, an online gambler’s dream, just as much as Las Vegas is the land-based gambler’s Promised Land. Still, while the Las Vegas Strip achieves this by providing players with a multitude of gambling choices and hospitality concentrated on a single street, the UK has a different approach in order to excel in the online sphere.

Gambling in the UK is a well-established common practice, evidenced by legal gambling acts dating back to the 1960s, as you will see soon enough. Nonetheless, the history of gambling as part of social life in the UK dates centuries back into the past, with the first pubs and locals offering the citizens a chance at the ‘one-armed bandits’ or a seat at the poker and blackjack tables.

Sports betting, or more particularly, horse race betting is also considered one of those initial instances, but there is nothing like the first documented traces of a national lottery back in 1569. Ordered by Queen Elisabeth I as a way to collect taxes and still offer morale through a jackpot cash prize, it made people aware of this form of entertainment as a widespread event.

...the same forms of gambling are still very much present, but with many innovations and additional services at players’ disposal. Online platforms brought all the same forms of entertainment in a digital format, straight to people’s computer, smartphone and tablet screens with convenience and accessibility as apparent benefits. Nonetheless, enjoying these and all other advantages of the industry come with certain responsibilities.

Online Gambling Laws in the UK

The UK has a long-standing tradition of being neat in their endeavors to legally regulate all aspects of social life. As a result, the UK government’s first gambling regulative dates all the way back to the 16th century, with the official period of prohibition throughout the 1800s, all the way to the 20th century and the formation of the first bodies that up until recently regulated the industry as a whole.

The Gambling Licensing and Advertising Act of 2005 – Considering UK’s membership in the EU and their pro-gambling orientation due to the industry’s massive potential, a need arose for the country to modernize its laws, authoritative bodies and corresponding organs. This brought about the passing of The Gambling Act back in 2005, as a legal provision which served to regulate the matter of licensing online casino sites operating in the UK.

In turn, this first called upon the existence of such an organization, leading up to the creation of the UK Gambling Commission, an independent organization funded by the Department for Culture, Media and Sport. Its existence allowed the remaining points of the Act to be followed through in practice, as this public body was given the task to set the specific regulative for all participants in the industry and put them to practice.

A specific directive which needed to be imposed by the UK Gambling Commission on the numerous operators catering to players across the country was that, regardless of whether they were situated in the country or had servers offshore, their operations would only be legal if they obtain the regulatory body’s seal. What is more, all unregulated operators were disallowed to advertise their services in the UK air, for the same regulatory-related reasons.

In the period leading up to the 2014 amendment of the 2005 Gambling Act, online casinos and other such platforms were still able to avoid the toilsome process of obtaining a license by the UKGC. This was enabled by obtaining a license from any of the alternative, whitelisted jurisdictions, which only managed to get a spot on the list by going through a separate thorough investigation of their workings.

How to Practice Legal Gambling in the UK Online Casinos?

As it is depicted, the legal situation in the UK seems to be much more agreeable for the customer, i.e. players-party than the operators’. This does not indicate any particular bias, but considering that it is a form of entertainment, the legal provisions of the UK only aim to preserve it in its most fair, yet easily accessible form.

Players at UK online sites or other similar gambling platforms are able to enjoy the perks of the trade with their biggest concern practically being the choice of platform, bet amount and withdrawal method. All winnings are free of tax, although there is a separate taxation policy for the operators, specifically under the jurisdiction of Her Majesty’s Revenue and Customers government body.

All in all, betting on your favourite game in the UK is bound to be an enjoyable experience. Just make sure you do your part and check for updates on occasion, including reviews and blacklisted services just to make the most of it.

1. Which jurisdictions are considered whitelisted?

- The EEA countries, Alderney, Antigua and Barbuda, Gibraltar, the Isle of Man and Tasmania are the jurisdictions considered as whitelisted.

2. Which specific forms of gambling can I practice in the UK?

- Due to the liberal, yet fully regulated approach, gamblers in the UK can practice online and land-based sports betting, casino gaming, poker, activities, take part in bingo and lotteries, or engage in binary trading or Forex practices.

3. Are UK players eligible to take part in international gambling tournaments, like slots tournaments per se?

- Yes, if the regulated operator of their choice offers the opportunity, UK players are eligible to participate.

- Yes, UK players can enjoy all the bonuses and player promotions offered by their chosen casino, poker room or any other gambling operator.

- If the online gambling platform of your choice has a mobile client, downloadable or instant-play, you are free to gamble on the go in the UK.

6. Could I, as a player, turn to the UKGC regarding any issues with my chosen casino operator?

- Yes, the UKGC is always open for feedback and player comments or complaints regarding casino operators bearing their seal of license.

7. Is there any other organization that addresses such complaint issues?

- Of course. UK players can address any of the 11 other alternative dispute resolution (ADR) operators available to them.

8. How is spread betting regulated under UK jurisdiction?

- Unlike all other forms of betting which are regulated by the central authority of the UKGC, spread betting is regulated by Financial Conduct Authority.

9. Do online casino and other gambling operators need to obey certain security standards?

- Yes, the UKGC has imposed strict security standards which need to be met and consistently regulated, or should the need arise – updated for all operators looking to obtain their license with this authoritative body.

10. What is the legal gambling age in the UK?

- UK players can take part in gambling activities upon being 18 years of age, although there are certain arcades available to players aged 16-18.

‘Will bitcoin ever be a safe investment or always a gamble?’, Shane Hickey, www.theguardian.com

‘HOW IS GAMBLING REGULATED?’, www.begambleaware.org