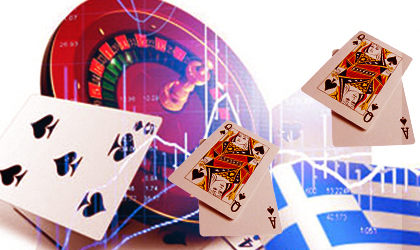 The cradle of the world’s first democracy, modern Greece has pretty illiberal views on the idea of gambling.

Played by the mighty Olympians, engaging dice games are a significant part of Greek mythology etched in eternity by ancient authors and philosophers. Ages ago, rolling two sixes was romantically called “the throw of Aphrodite” and would indicate the winner.

As the backbone of the industry in Hellas …

… nine land-based casinos are the only places where gambling is officially legal. In the best tradition of Vegas jackpot entertainment, these luxurious venues attract crowds of tourists and generate impressive revenues.

When it comes to online fun, things are a bit complicated due to the inconsistent Government policy and disjointed approach. Namely, in 2002 all forms of electronic gaming were banned – the Law 3037/2002 was so ambiguous that even Playstation and Xbox became illegal in internet cafes.

Under the pressure of the EU, Greece had to relax its legislation but, unfortunately, there remains a long way to go in order to bring it in line with the standards of the European Commission. Although in 2011, a number of licenses for gambling websites were issued, official Athenes reconsidered the matter soon afterward.

In addition to that, very high taxes imposed for foreign companies simply scared away the majority of interested offshore operators. 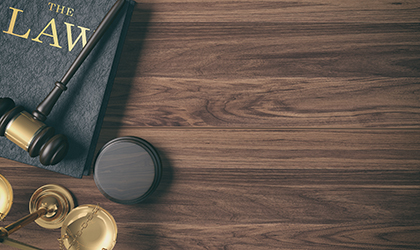 It permits poker, sports betting, casino games, slots, VLTs, bingo, and lotteries and establishes the Hellenic Gaming Commission (EEEP) as the competent authority responsible for issuing licenses, and for monitoring the implementation and operation of games of chance throughout the country.

… became the subject of dispute between Greece and the European Commission.

The latter was displeased by the requirement of mandatory domain .gr for all websites planning to cater to Greek punters, as well as the state monopoly across the gambling industry.

With lots of ups and downs on the way to sustainable legislation able to normally regulate the market, finally, at the beginning of 2019, the Greek government submitted to the EC a list of long-awaited reforms. Created in cooperation with EEEP, it covers sports betting and table games but for unclear reasons omits RNG-powered products.

Anyway, seen as a big step forward, the proposals provide for a decent system for licensing and organizing games of luck, which let us hope for the starting of a new era in the history of gambling in Greece.

While awaiting the finalization of a legal framework for the iGaming in the country, a vast number of gambling platforms cater to the players from Greece. What’s more, many of them offer their complete services in Greek.

That means if you relish the golden beaches and azure waters of this amazing European country, there is no need to deprive yourself of not less thrilling fun: sophisticated one-armed bandits or one of the timeless casino classics.

Regardless of whether you fancy ...

... double-zero American or single-zero French roulette, you will be able to find your favorite title online. It also holds true for all conceivable variants of blackjack and poker, as well as for three versions (Mini, Midi, Full-Size) of baccarat.

The collection of games is, undoubtedly, important but still, it is far from being the only factor to consider when choosing a place to open an account. Do not skip the reviews below, because they are intended to help you make the right decision based on various essential aspects: credibility of the site, payment options, quality of customer support and so on.

1. Is there any Greek entity that protects my player’s rights?

Yes. The Hellenic Gambling Commission (EEEP) is in charge of all eventual issues between a casino and a player. Of course, this applies only to the casinos licensed and regulated by the EEEP.

When it comes to offshore websites, they are not under control of the EEEP being subject to gambling authorities of their own licensing jurisdictions. Play only with reputable sites backed by strong gaming agencies in order to avoid any unnecessary problems.

2. What banking options are available to Greek players?

Not only the choice of roulette and blackjack variants but also the selection of payment methods can suit literally all tastes and capabilities: all known credit/debit and prepaid cards, widespread e-Wallets, as well as dependable solutions for digital assets are at the disposal of punters who live in Greece.

Yes. Striving to please players from the Hellenic Republic, some of the biggest names in the industry offer not only the entire content but also customer service in Greek.

4. Can Greeks play with Bitcoin?

Yes. At crypto-friendly websites, Greeks can take advantage of a bunch of perky options such as Bitcoin, Bitcoin Cash, Etherium, Litecoin to name just a few.

If you’re after both extremely fast and secure way to transfer your funds, then it’s worth to open an account at one of the casinos that offer innovative payment systems.

No. Instant play rules the industry and thanks to HTML5 technology, top-notch graphics and intensive animation of games are perfectly compatible with any browser.

On the other hand, some casinos still offer a download option, which can be handy in the case of unstable or slow internet connection.

Yes. Live casinos cater to all corners of the globe, among them fascinating Greece. Empowered by the leading software developers in the industry, all variants of roulette, blackjack, poker in the friendly company of multi-lingual dealers are just a click away.

7. Do online casinos provide bonuses for punters from Greece?

Yes. Traditionally, players are offered a wide spectrum of sign-up, deposit-related, and no-deposit bonuses – and Greek guests are no exception!

However, make sure to read the T&Cs of a particular perk before claiming it. Sometimes a true bargain on first glance can turn into a pure waste of time due to unreachable wagering requirements or time frames.

8. Are Greek users eligible for VIP Clubs and comp points?

Yes. Unless otherwise stated in the T&Cs of a website, all registered users obtain reward points for real-money play, which help them move upward to a higher level of loyalty schemes and grab some really awesome perks.

Yes. Fully mobile-optimized content is almost a must nowadays, all the more so, top-tier game makers made fun on the go high priority long ago.

Nothing can come between you and your favorite pastime even outside home – premium HTML5 titles perform superbly on all smartphones and tablets.

Yes! If you like spinning the reels against other punters, you can always add a bit of crazy adrenaline rush to your favorite pastime by taking part in one or more exciting free-rolls.

Do not overlook the importance of free practice and perhaps, with a little help of Lady Luck, you can rocket up the Leaderboard!