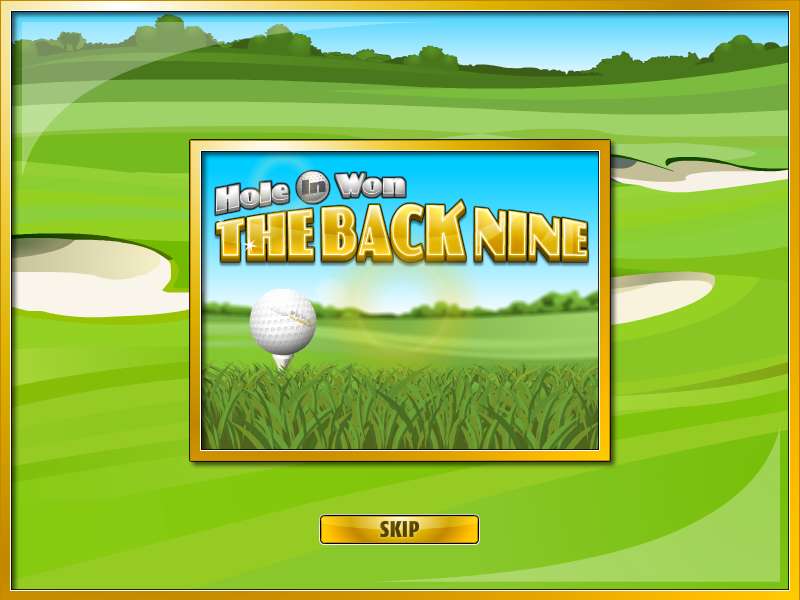 Rival Gaming are the developers behind The Back Nine, which is a golfing themed video slot, and one which offers primitive and basic slot gameplay. The Back Nine features just 15 paylines spread over its 5 reels, and players are at liberty to have total control over how they set up their bets in this slot. Players can choose to select coin sizes which range from 0.01 up to 1.00, and bet as many as 5 of those coins per payline. Given the number of paylines (all of which are adjustable), players are going to find that this slot offers up floor and ceiling bets which are capped at 0.01 per line per spin, and 75.00 per spin, respectively. Strike it lucky with 5 of the golden trophy symbols on any active payline, and you can win as much as 750x your total stake in The Back Nine.

So, you now know that the golden trophy is the jackpot paying symbol in this slot. What you may not be aware of is that there are a few special symbols in this slot machine game, too.

The hole flag acts as a wild symbol in The Back Nine. This symbol can appear on the second, third and fourth reels of the slot, and can substitute for all other icons in the game, except for the scatters. Wild symbols can also expand to occupy whole positions on the reels, which will only help you further in landing wins.

Bonus round icons (or scatters, as they are called) appear as old golfers. These old men can appear on the reels and trigger a bonus game if they do so 3 or more times.

The Back Nine’s bonus feature is triggered when 3 or more scatters appear in any position on the reels during a base game spin. The bonus feature in this slot is rather spectacular. Players will get to work their way through all 9 holes of the golf course, and pocket instant cash prizes for every put they sink.

Although the bonus feature in this slot is most certainly exciting, the slot machine game could really have done with a free games feature. Aside from that absence, though, there isn’t really anything worth griping over in this rather well-designed and ultimately enjoyable online video slot machine game.

Currenty there are no reviews for The Back Nine. Be the first one who will review it.