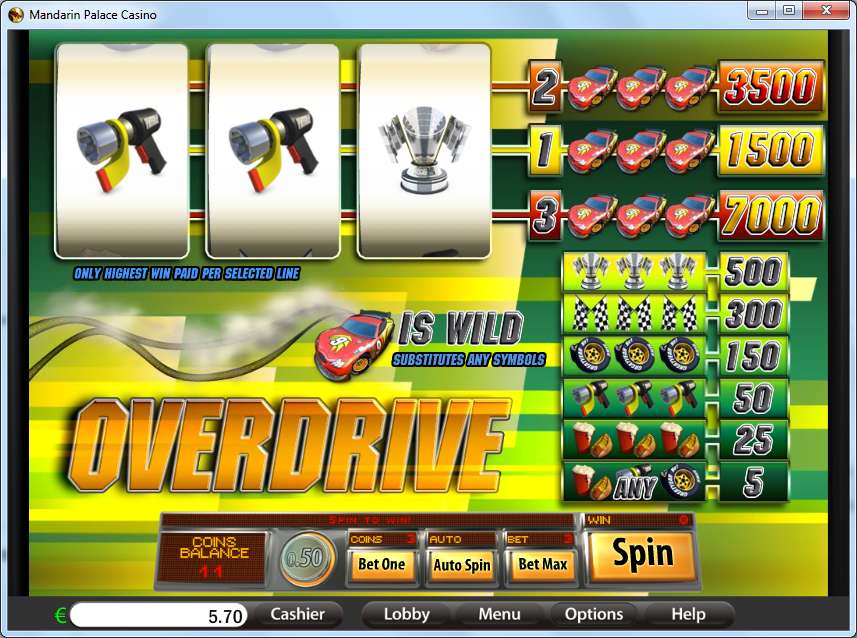 New Customer Offer. T&C’s Apply. 18+. Min deposit is $25. When playing with a bonus, there is a maximum bet of $5 per spin/round until the wagering requirement has been met. Bonuses expire 30 days after being awarded to you. The following games are excluded from the bonus promotion offer: See website for list of online slots.
CLAIM NOW

New Customer Offer. T&C’s Apply. Plus 30 Free Spins on Sands of Space Code: ANK30. Deposit Match Bonuses greater than 100% carry a $1000 maximum withdrawal and need to be wagered through 60x.

New Customer Offer. T&C’s Apply. 18+. US Ok! Allowed countries for the bonus: Available to USA and Canada only (except Ontario). 50 Free Spins on "Great White Buffalo". How to claim the bonus: New players need to sign up from our LINK, Register an Account, Click on Cashier, and Thereafter on Bonus, Enter the Bonus and your spins will be credited. Max cashout: $/CA$100. Game contribution towards the wagering requirement: Slots game contribution to wagering is 100%. Once credited when does the bonus expire: It does not expire - it will remain on the player's account until it is played down. Promo offer valid: 02nd July 2023. Max bet amount for no deposit bonuses: $100. Need to register a credit card to claim no deposit? No. Min deposit needed in order to cashout winnings: Yes - $/CA$20. Is the bonus cashable: Yes. Is the ND available on download &/or instant play version: Both. Is No deposit available on mobile: Yes.

Overdrive is one of those slots that keep thing entertaining but still simple wrapped up in a display that’s colorful but not overwhelming. This is a basic slot with three reels and three pay lines that can be adjusted down to one. The numbers of coins that can be bet per line are fixed to one, so it is really worthwhile to keep all the pay lines open in order to maximise the chances of creating a combination. The coin values can be adjusted between 0.01, 0.05, 0.10, 0.25, 0.5 and 1 so even a modest start up amount can last a while.

There’s not much else to adjust with in this game except for the number of auto spins. These can be setup in denominations of 10, 25, 50 or 100. If you have the time and patience you can manually set up the auto spins with the plus and minus button all the way up to 999. If you’d like it to stop when it has won a certain amount or lost a packet, or even if it manages to hit a jackpot then sadly these options don’t feature and you will have to tally between you start and end balances. There is a Bet Max button which is very redundant as it will always correspond to the number of active pay lines that have been chosen.

Overdrive has a bit of a Nascar racing theme to it with the symbols being presented by racing day paraphernalia. The symbols that make up this game are, in order of lowest paying to highest paying, a beer in a plastic red cup with a mustard and ketchup covered hotdog, a black and silver pneumatic wrench, a pair of new tires, a pair of crossed checkered flags, a shining silver trophy and the top earning picture is a red racing car with a number nine on it. If you get three of a kind on one horizontal channel you win 25, 50, 150, 300 or 500 coins respectively. The racing car is a little different: on the top line you get 3500, the middle 1500 and the bottom counts the most at 7000.

The slot works with an active screen which means that if the mouse cursor is over the slot then the sounds will play otherwise it is silent. And the sound effects are quite puzzling as there is a solid effect real mechanical lever being pulled, but the background features people talking and laughing while with other casino sounds instead of the expected racing noises.

As a minor bonus, if you get any three of the lowest value symbols together then you win five coins. The red racer is also the wild symbol and will substitute for any other in order to make up a winning combo.

There are no bonus features.

Currenty there are no reviews for Overdrive. Be the first one who will review it.

0
PLAY
Dollars Down Under
2446 times played