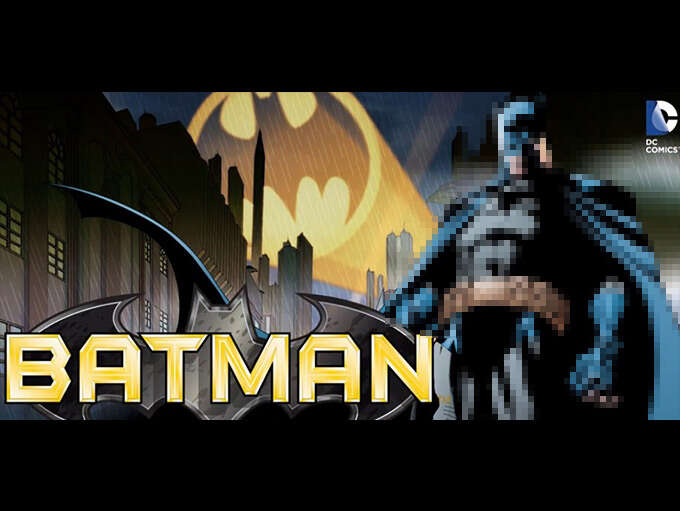 You won’t have to worry about getting this Batman slot confused with Microgaming’s film-themed offerings. Cryptologic’s Batman slot is based on the cartoon and comic book hero. This more traditional Batman themed slot features many of Bruce Wayne’s more glorious gizmos and gadgets, as well as friends and foes of the Dark Knight. Batman contains many paylines for you to win on (50 in total), spread across its five reels. It also contains a non-progressive jackpot that is worth no less than 4,000 coins.

There’s plenty of ways that you can alter your bet in the Batman video slot. Firstly, coin values can be altered from 0.01 up to 20.00 in total. You can then decide on how many lines you wish to play, as well as how fast you want the game to run. Floor and ceiling bets are fixed at 0.01 per line, per spin; and 1,000.00 per spin, respectively.

Batman is the substitute symbol in this game, and it appears on the second, third and fourth reels only. It can replace all icons, except the scattered logo symbol. Batman’s scatter is the bat symbol and logo. When this icon appears 2, 3, 4 or 5 times anywhere on the reels, you can pocket 2x, 4x, 15x or 100x your stake. Three or more scatters will trigger the Descent into Madness feature.

In the Descent into Madness bonus round, the player must take out the Joker’s men before squaring off against his arch-nemesis in one on one combat. There is also a Bonus Bet feature included in this Batman game. If it is applied to the game, an extra Batman wild icon appears on the second, third or fourth reel at random. This could result in some pretty big wins, but it by no means guarantees them. It is also worth pointing out that players will need to have this Bonus Bet feature activated if they are to stand any chance of triggering the Descent into Madness bonus feature.

Currenty there are no reviews for Batman. Be the first one who will review it.