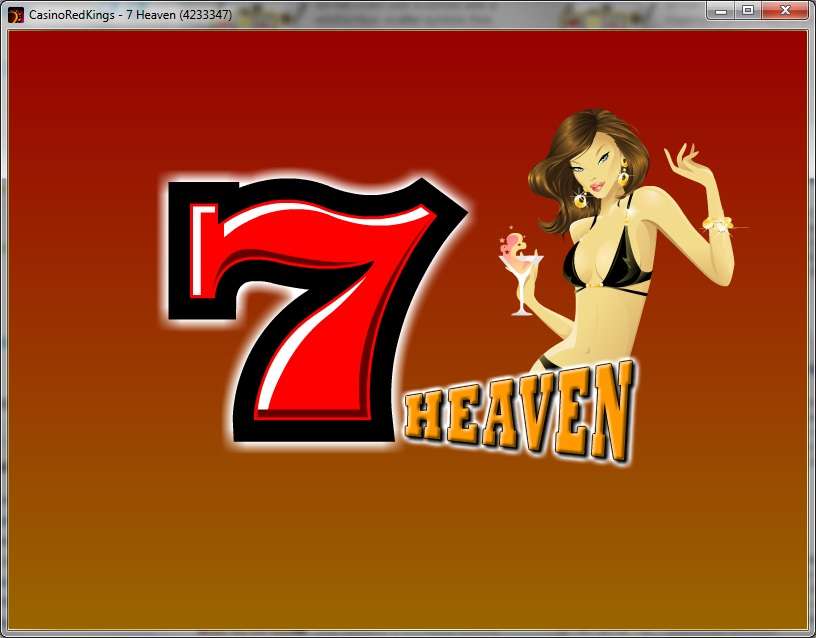 The game is no longer available
Please see other games from the same category.

7 Heaven offers a nice trip down memory lane. Unlike many modern video slots, the developers of this simplistic little title have tried to keep everything as basic and traditional as possible. In light of that, 7 Heaven represents something from the glory days of yesteryear. This slot has been created by Skill On Net.

As with most classic slot machine games, there are only 3 reels. A total of 3 paylines can be played in this traditional title. Coin denominations range from 0.01 up to 1.00, and players can only stake 1 coin per payline. This gives the 7 Heaven classic slot, a minimum floor bet of a dirt cheap 0.10 per spin. At its most expensive, it still only costs 3.00 per spin, which is absolutely peanuts, really.

Most gamers will be familiar with the icons used in this slot. As a classic slot machine game, nothing appears that is out of the ordinary. Very crudely (but incredibly authentic) oranges and plums make up the lowest paying icons in the game. Other classic 3-reeled slot symbols to make an appearance include sevens, bars, bells, and cherries.

As with almost every classic slot in existence, there are no special features included in the design of this slot. Wilds, scatters, free spins and pick and win games? You can forget about all of those. This slot just wouldn’t work any other way. Part of its appeal is its ability to take you down memory lane, with a good, old-fashioned style fruit machine gameplay experience.

What you do have though, if a pretty sizeable non-progressive jackpot. If you were to land three 7s on a payline, you would come away with just that. On the first payline, that winning combination is worth 1,000 coins. This doubles to 2,000 coins if the same combination is landed on the second paylines, and triples to 3,000 coins if it is won on the bottom (third) payline. Considering how little this slot costs, it is definitely worth a look for most players.

Currenty there are no reviews for 7 Heaven. Be the first one who will review it.