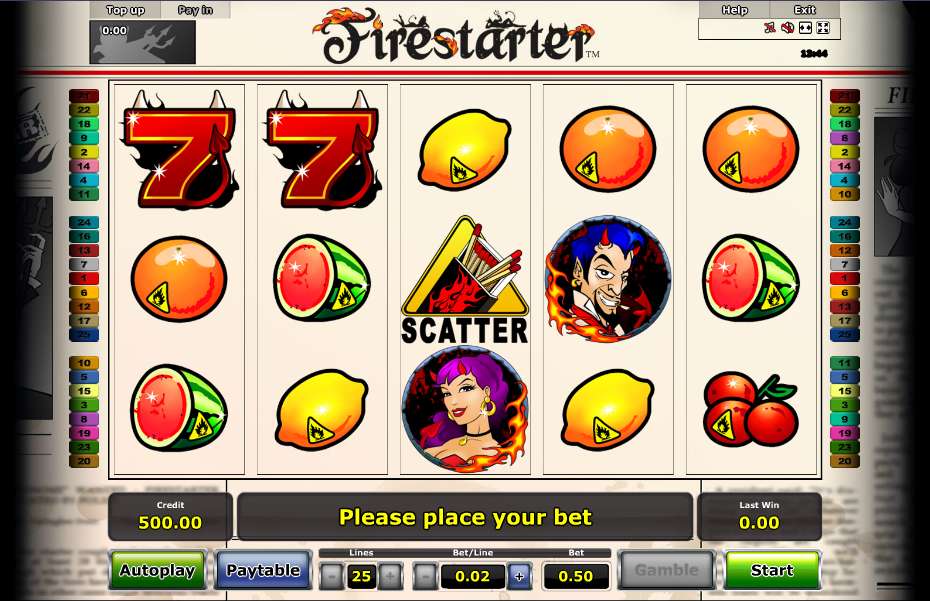 Most people will do anything to get money, depending where they come from. But the temptation is quite hard to deal with in this slot game from Novomatic. Who could ever say no when there are devilishly good-looking male and female characters appear in this game? It features five reels and 25 pay lines where players can bet between two and 400 coins.

Unlike most slot games where you can actually watch the reels spin until it stops, the reels in this game fills up with icons which simply fall from the top of them. Any winning combinations that fill the pay line explode and more icons take its place, giving you an opportunity to get another winning combo.

While the game may not anything spectacular, its simplistic design will certainly make you look twice. Cherries, lemons, watermelons and oranges have a flammable warning sign on them and are the lowest pay outs in the game. Even the sevens have devil horns and tails on them. A male and female devil with charming smiles is the highest paying icons and they have a special role to play during your free spins.

The wild symbol, like in many online slot games, substitutes all symbols except for the scatters and increases the pay outs in any winning combo. A devil’s silhouette lying across the word “wild” on a yellow background is the wild icon for this game. But you will have to keep an eye out for these on the second, third and fourth reels as they only appear here.

Scatters in Firestarter are matchbooks and when you are able to match three; you will be rewarded with ten free spins. Now here is where the male and female devils make everything special and very tempting: they award you with more spins during these spins. Essentially, you could win up to an additional 15 free spins.

Currenty there are no reviews for Firestarter. Be the first one who will review it.