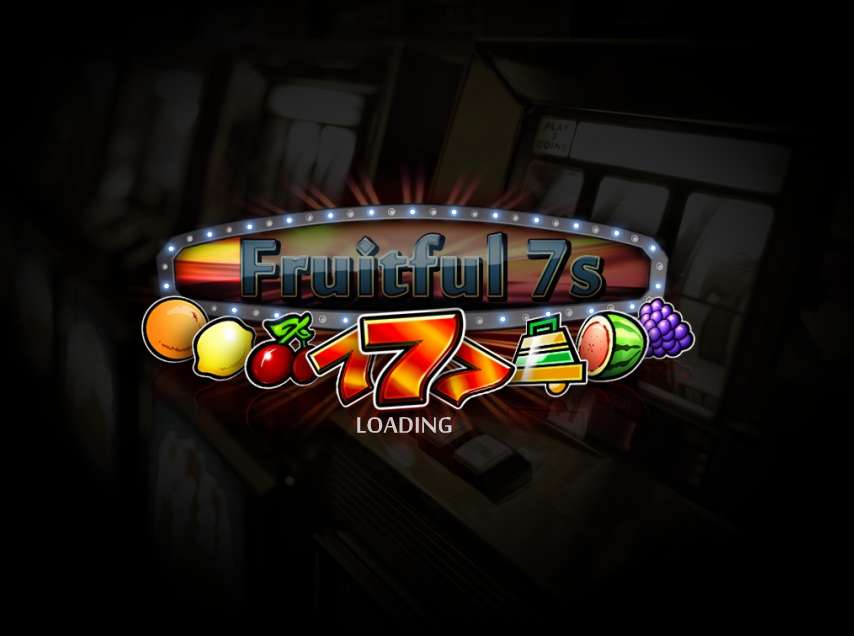 Modelled after the old school machines, this game gives you a feel of what slot games used to be like prior to the introduction of hi-tech slots graced with cinematic effects. Fruitful 7s delivers the new school iteration of the old-fashioned machines with apparent simplicity and generosity. It's reward system shows that it's fruitfulness is not only in name and symbols but also in extravagance.

As the name of this game suggest, it has a Fruit theme featuring some of the well known slot icons - cherries, watermelons, grapes, lemons and plums, but you will also see symbols such as the star shaped icon (representing the wild symbol), the scatter symbol (which carries the free spins logo), bells, and others.

By adopting traditional symbols like bars, fruits and 7s, Fruitful 7s is another video slot game that draws inspiration from old-fashioned slot machines. Due to the frequent use of fruits as symbols in this machines, they have come to be known as fruit machines. Fruitful 7s follows the contemporary tradition of creating online models for this old-fashioned machines. By combining extravagant features, juicy bonuses and traditional features, fruitful 7s from Slot-land Entertainment, is an all-round slot game.

This game tries to stand out from the classics at nearly every opportunity, its icon for the wild symbol is the star shape which is rarely used on classic video slots in its genre.

In this game, the wild symbol is represented by a star shape which can substitute any other icon to form winning combinations.   The features of this game has all the traits of an exciting and rewarding game.

This game has an alluring freebie feature in the form of free spins. This feature is triggered by scattered free spins, where fifteen free spins are set off by three scattered free spin icons. The allure of this feature lies in its potential to enhance a  player's winning odds. It does by giving the player a chance to select a multiplier. With this multiplier, a player can look forward to winning some significant prizes at the end of the free spins round. However, unlike the wild symbol, this feature doesn't show up often throughout the game.

Currenty there are no reviews for Fruitful 7s. Be the first one who will review it.