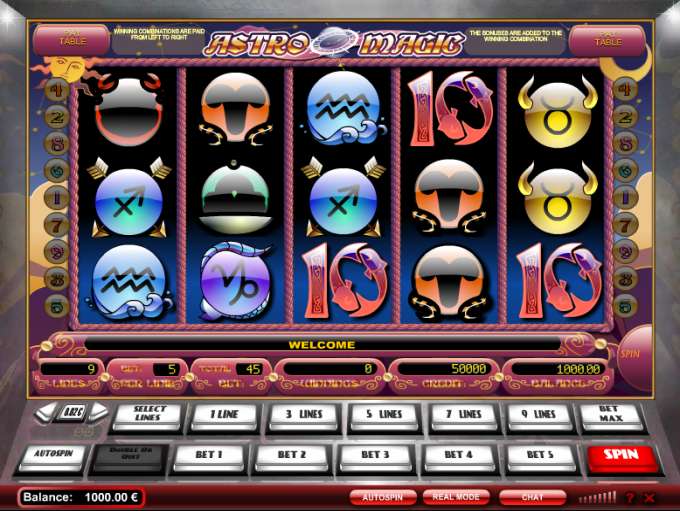 Drawing inspiration from astrology and Magic, Astro Magic is a 5 by 3 slot from the stables of iSoftBet. The game features mine pay lines and special offerings such as wild and scatter symbols as well as a bonus game. Laced with its astrology and magic theme is an intergalactic vibe that is evident in the design of the game.

The game also features a betting range that will appeal to gamblers of all kinds. The wagering limit starts from as low as $0.09 and goes up to $9.

The game also includes a wild symbol which comes in the form of four stars. The wild symbol can take the place of other regular symbols to form matching combinations in the game. The wild is also a paying symbol rewarding you with as much as 1000 coins for landing multiples on the reels.

You will also find bonus symbols in the game which occur in the form of sun and moon symbols. Each of the symbols are key to triggering a unique bonus feature.

Then there’s the galaxy bonus feature which is activated when you land three or more moon symbols on the reels. When this occurs, you will be transferred to a new screen where you will be required to select constellations, and win coin prizes in the process. If you are super lucky, you can win a reward that offers you up to 550x the value of your stake.

Currenty there are no reviews for Astro Magic. Be the first one who will review it.