ALICE AND THE MAD TEA PARTY

ALICE AND THE MAD TEA PARTY 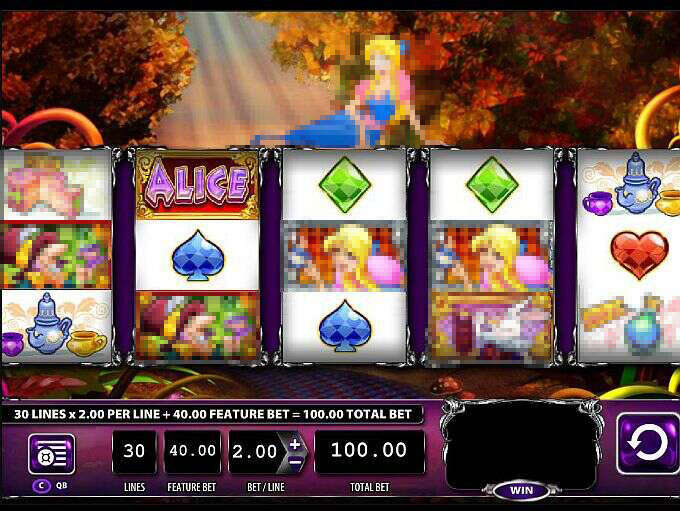 This video slot was developed by WMS Gaming and has five reels and thirty pay lines. It includes  Wild symbols as well as seven different bonus possibilities. Alice and The Mad Tea Party also features both free spins and a multiplier as big as 15x/

About Alice and The Mad Tea Party

The theme of this game is taken from “Alice's Adventure in Wonderland.” the famous story of Lewis Carroll. This is one of many slot games based on this work. The reason for its popularity is the large group of eccentric characters and locations that can be used. This one features Alice's tea party, one of the most famous episodes in the story.

The game is set in the mystical woods where Alice holds her party/ In addition to the hostess, the other characters featured in this slot include the famed Mad Hatter, the grinning Cheshire Cat, the Caterpillar and the White Rabbit. There are also teapots, cake, a magic potion, and the four suits from a deck of cards.

There are several other bonuses in the game, including the Mad Hatter bonus. Activate this feature and you will see teacups at the top of the reels. You will pick one of the cups to reveal a multiplier which ranges from 2x-10x. There is also the Caterpillar feature which randomly awards a multiplier between 2x and 15x after winning spins.

Alice and The Mad Tea Party also has a special Queen feature. When it is activated, you will get to choose a suit in a deck of cards. Any card of that suit will then turn into a Wild.

There is also a “Super Mad Re-spin Feature” which is activated when you get three of the Alice symbols on the first reel. You will then get to choose among three teapots. You can win as many as seven re-spins with this feature.

There is also a scatter symbol in the game, the Free Spins logo. If you get this symbol on reels one, three and five, you can win as many as fourteen free spins with a 3x multiplier.

Currenty there are no reviews for Alice and the Mad Tea Party. Be the first one who will review it.