non cashable and no deposit

New Customer Offer. T&C’s Apply. 18+. PLUS 100 Free Spins. For the next 5 consecutive days, you’ll be rewarded with 20 free spins on the house, daily. 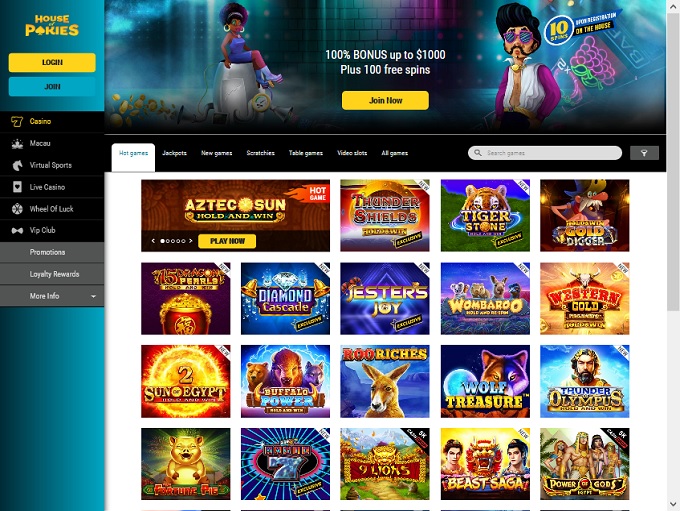 House of Pokies is a casino site launched in 2020. The site features a gambling platform with a modern look with handy options. Although a new player in the online casino scene, House of Pokies boasts of a robust gaming catalogue that features games cutting across a range of gambling preferences. The site’s gaming catalogue covers broad categories such as slots, table games, and live dealer games.

Games on the site are powered by a good number of software providers which includes notable names such as IGT, Booming Games, Betsoft, Playson, iSoftBet, and Habanero Systems.

House of Pokies offers multiple options for making deposits and facilitating withdrawals on the platform. Supported deposit methods include card options such as Mastercard and Skrill and eWallet options such as Skrill and Neteller. Other options include Neosurf, ecoPayz, and Revolut. The site also accept deposits via crypto in Bitcoin. Supported currencies include the US dollar, Euro, Canadian dollar, Australian dollar, Swedish Krona, Norwegian Krone, and Bitcoin. The minimum accepted deposit on the site is set at $20.

House of Pokies offers new players on the site a bonus package . New players are entitled to a deposit bonus that offers a 10% matching bonus up to $1000 as well as 100 free spins. Note that this bonus offering comes with a 35x wagering requirement, which means you would have to wager 35 times the bonus plus deposit amount to be able to withdraw the bonus.

Games at House of Pokies Casino

House of Pokies offers an interesting collection of slots and table games. Slot games featured on the site include Dr. Jekyll & Mr. Hyde, Gold Canyon, Take the Bank, Monkey King, Amazing Kong, Gladiator, The Slotfather II, The Tipsy Tourist, and Safari Deluxe amongst others. Table games featured on the site include variants of popular options such as poker, blackjack, roulette, and baccarat.

Currenty there are no reviews for House Of Pokies. Be the first one who will review it.