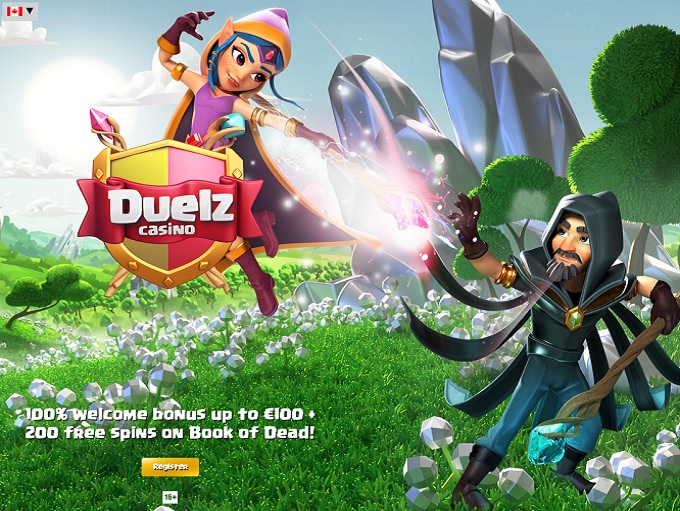 Duelz Casino is a snazzy name for an online casino site, and it is one which we are all very likely to remember. Duelz launched in 2018 and is licensed out of Malta and the UK. The casino primarily aims its service at those players based in Northern Europe, as is evident from its English, Finnish, German, Norwegian and Swedish language options. Both mobile and instant play platforms are available for you to get to grips with at this casino.

When depositing at Duelz Casino, you can opt to use US dollars, British pounds sterling, euros, Norwegian krone or Swedish kroner. Players can opt to deposit using the bank transfer, EnterCash, Euteller, MasterCard, Neteller, Paysafecard, Skrill, Trustly, VISA or Zimpler deposit methods provided at the site, and they can obtain support either via live chat or e-mail.

Of course, if you are going to be playing at Duelz Casino, then you’d better get used to these treasure chests. By completing challenges and tasks at the casino (much in the same way a loyalty bonus program works) players can unlock further goodies, which include spins, cash and more.

Duelz Casino is a slightly different casino to others we’ve commonly come across in all the ways we have mentioned above. When you look underneath that, though, at the range of games, they offer, you will find a selection of games which wouldn’t look out of place at any other online casino site. These games are provided by the likes of 2By2 Gaming, BetSoft Gaming, ELK Studios, Microgaming, Net Entertainment, NextGen Gaming, No Limit City, and Play ‘n Go, Quickspin, Rabcat, Scientific Games (and the companies operating under their umbrella) as well as Thunderkick.

Currenty there are no reviews for Duelz Casino. Be the first one who will review it.