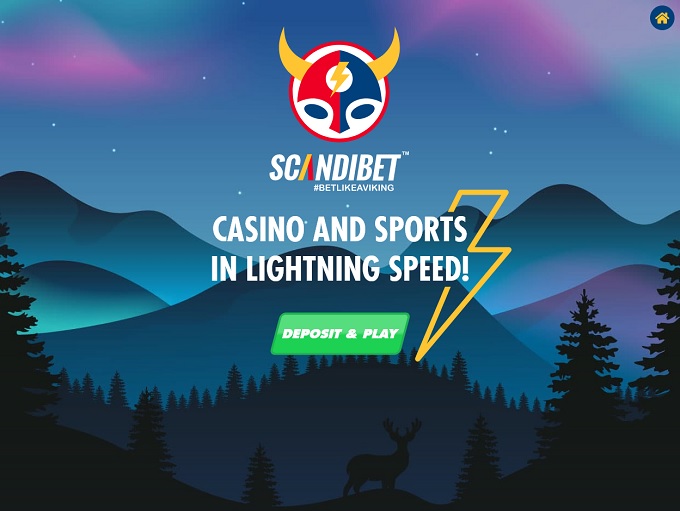 As you will no doubt have figured out, ScandiBet is an online betting site which is ideally suited for players based in the Nordic countries. The site offers an array of casino, live casino, sports betting and live betting options for players. On top of that, provided they have BankID, those players do not need to create an account to play at the site. Simple depositing and “fetching balances” is enough to play there.

Because of the way that ScandiBet operates (without the need for accounts) players must have a valid BankID to play. This is also used to deposit and withdraw funds, and the only payment method accepted is Trustly. There are perks to this, though, as it allows for instant withdrawal times. Moreover, players won’t get bogged down with wagering requirements, either, and there is a very good reason for that.

This English, German and Swedish language casino doesn’t really carry many promotions and bonuses. This is primarily the reason why you won’t be hit with a bunch of wagering requirements, and it facilitates fast and speedy withdrawals. Cashouts are arguably faster at ScandiBet Casino than many other sites.

The downside to the casino is that it is only open to players based in Finland, Sweden and Germany. The casino is licensed out of Malta and by the Swedish gambling authorities. This does, however, mean that there is a limited audience for gameplay at the site.

While the casino may be a small-scale operation and have a limited audience, there is nothing limited or small about the library of games you can play at the casino. As mentioned, players can not only play casino games but can also dabble in sports betting and live casino games at the site, all with the same account. As for the casino games themselves, they are provided by the likes of Quickspin, Net Entertainment, Microgaming (and its subsequent Quickfire platform), Evolution Gaming, iSoftBet, NYX Interactive and Yggdrasil Gaming. The inclusion of the Quickfire platform means that titles from a handful of other developers can also be played at the casino.

By and large, most of the games you can play (save for live dealer titles) are slots. These include some world-famous hits, such as Starburst, Who Wants to Be a Millionaire, Gonzo’s Quest, Twin Spin, Ozzy Osbourne, Foxin’ Wins, and Santa vs Rudolph, amongst others.

Currenty there are no reviews for Scandibet Casino. Be the first one who will review it.