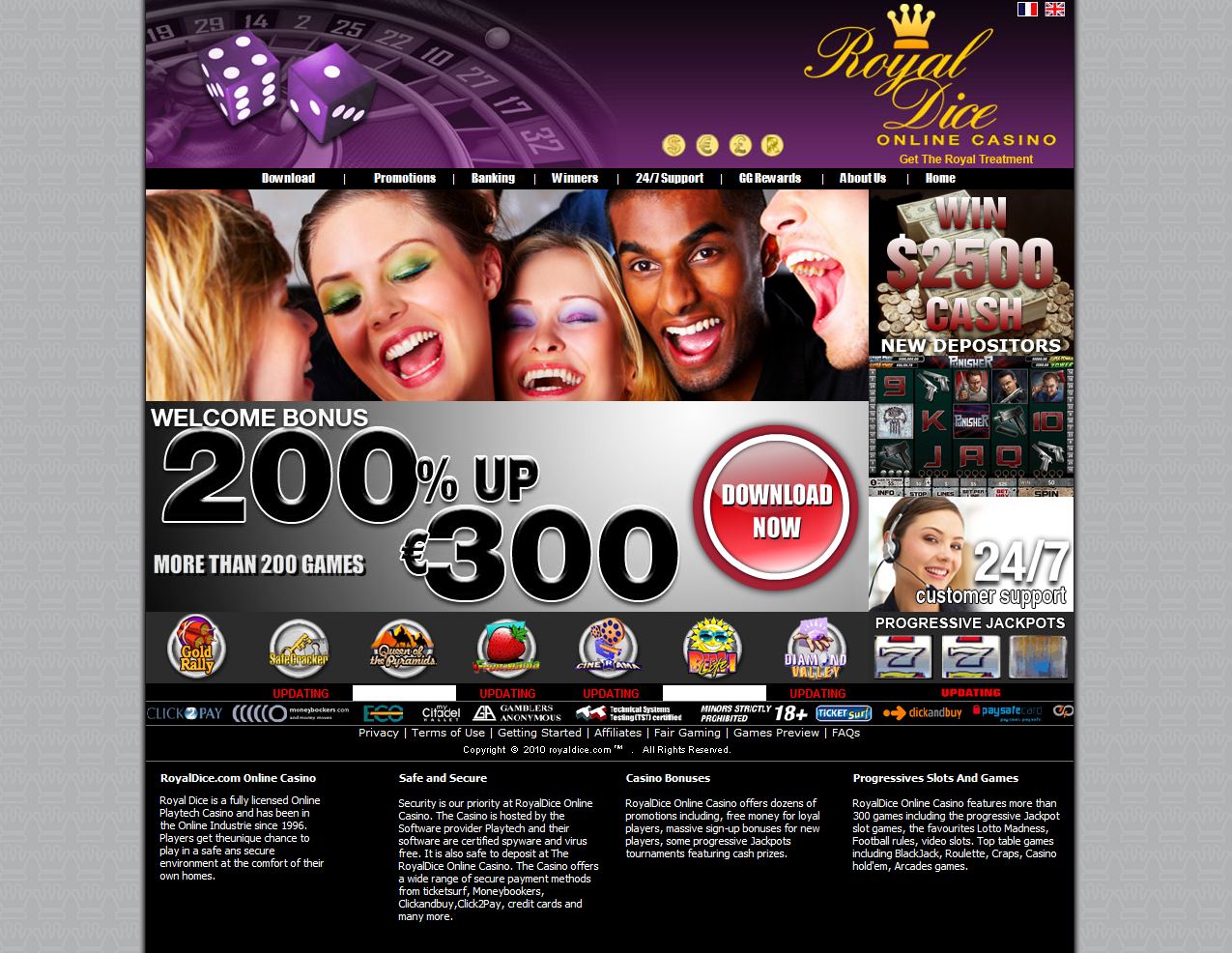 This site certainly wants to get you in a good mood when you access its home page. You’ll be greeted by the site of several young and very happy people enjoying the type of excitement you might feel if you join this casino. At the top of the page, you’ll also see the Royal Dice insignia, which is an impressive crown sporting the royal colours of purple and gold. It is in keeping with the motto of the casino, “Get the royal treatment.”

Royal Crown Casino is licensed and regulated in Curacao and they offer their games in both English and French. They accept US dollars, British pounds and euros and they are also one of the few online casinos that allows you to play with the South African rand.

If you decide to become a member of this site, they promise to pay you as much as 1,000.00 in bonuses for your first three deposits. They will also hold a drawing every month offering a large cash prize to one of their new players. Once you’re a member, you can claim several other bonuses they offer both on a monthly and a daily basis.

You can also become a part of Royal Dice’s Loyalty Program called GG Rewards. “We have designed the loyalty program to give you the best rewards,” the casino says. “We aim to provide you with the most flexible options to redeem your reward points as well as giving you lots of exclusive promotions.”

If you encounter problems with Royal Dice, they offer live support 24 hours a day and seven days a week. They can be reached via a telephone call, an email or through Live Chat.

Royal Dice also has hundreds of slots in their casino, including nine progressive jackpot games.  Among the most popular of their progressive slots are “Beach Life” and “Fruit Mania.” Both of those games frequently offer payoffs in the millions.

Currenty there are no reviews for Royal Dice. Be the first one who will review it.