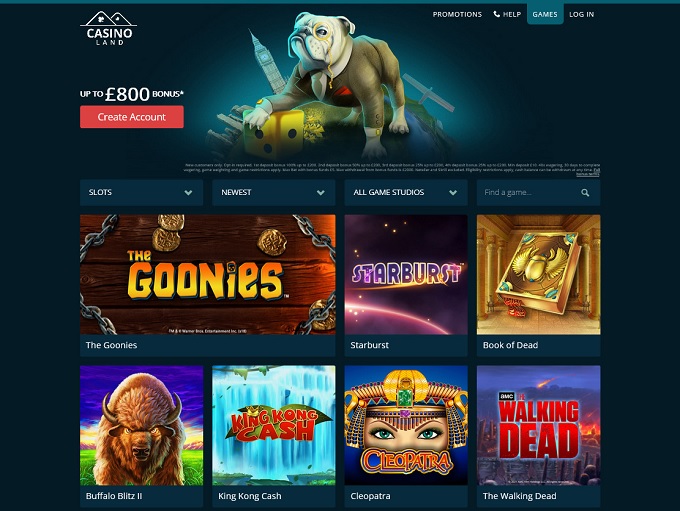 Casinoland is a quality online casino domain, and one which is powered by Net Entertainment. The website caters largely to those players based in Northern Europe, with the site offering gameplay in English, Norwegian, and Swedish. Launched last year, Casinoland has been steadily making a name for itself. This Maltese, and UK licensed online casino offers gameplay in mobile or instant play formats, and accepts various currencies, too, allowing you to play the way that you want.

The casino is not known for its regular, frequently occurring promotions, although that doesn’t mean to say that there aren’t any to be had. Players should always check their inboxes for any late deals and offers which Casinoland does choose to offer.

Casinoland is fortunate enough to be able to offer gameplay from a number of leading casino software developers. Most of the haul has been provided by Net Entertainment, of course. However, you will still be able to play games from such big names as Microgaming, and Next Gen Gaming, Play ‘n Go and Quickspin, and even a few Evolution Games at this site, although the latter tends to stick to live dealer titles.

So, you know that live dealer games are playable at Casinoland, but what else? Well, online slots, of course. Aside from those games, though, you can also try your hand at playing baccarat games, several blackjack variants, multiple roulette titles, a handful of legendary, realistic, and traditional table poker games, and even video poker at this casino site.

Fortunately, there is a simply solid selection of games for you to play at Casinoland. Microgaming have even kitted out the site with multi-million-pound progressive jackpot slots such as The Dark Knight, Mega Moolah, and Mega Moolah Isis, alongside Net Ent’s Hall of Gods and Mega Fortune. You can even find new games such as Wolfpack Pays, The Rift, and Jimi Hendrix at the casino site.

Of course, if you are just after something classy to play, there are many standard video slots for you to play, too. These include King Kong, The Wild Chase, Bloopers, Aloha Cluster Pays, Cloud Quest, Drive: Multiplier Mayhem, Witch Pickings, Genie’s Touch, Fantasini: Master of Mystery, Dragon Dance, and the Clash of Queens slots, amongst many more.

Currenty there are no reviews for Casinoland. Be the first one who will review it.

Casinoland Casino supports banking methods for deposits and withdrawals for