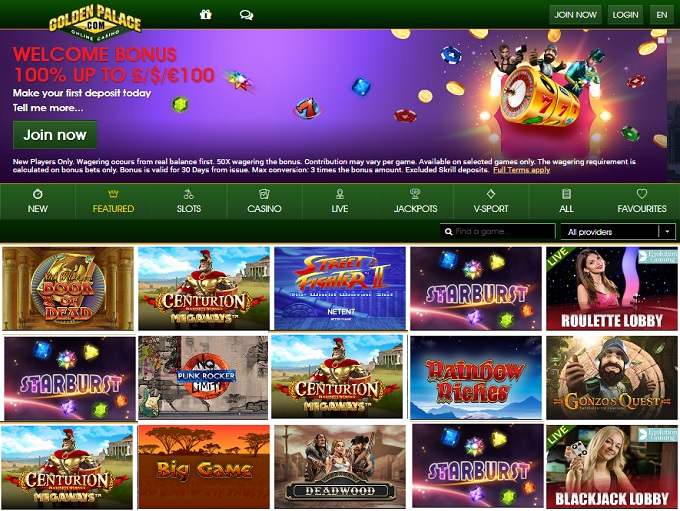 Golden Palace Casino is one of the oldest online casino websites out there, having launched back in 1997. However, despite their lengthy history in the casino world, they have rather fallen out of favour of late, namely due to questionable marketing practices and the refusal to pay out players. Golden Palace Casino has switched software providers several times, but this has not alleviated the issue since the problems lie with the operators, not software providers.

This casino claims to be licensed out of Malta and the UK, but we are sceptical since neither of these highly respected licensing jurisdictions would continue to allow Golden Palace to get away with the behaviour they have displayed. Casinos licensed out of these jurisdictions are notoriously strictly regulated.

Golden Palace’s live chat is not to be down frequently, and this doesn’t help at all if any players want to obtain support and assistance. Worse still, there are withdrawal limits capped at €1,500 per week, which infuriates players further. Despite that, they do have a good range of deposit options, if you are lucky enough to be able to withdraw from them.

Given the poor terms and conditions applied to Golden Palace Casino’s bonuses and promotions, we wouldn’t advocate claiming any of them. However, if you are interested all the same, the casino does offer a 100% match deposit bonus worth up to £200 for your very first deposit. It also offers regular Wednesday reload deals and free spins. None of these promotions should be claimed lightly, though, as the wagering requirements and other terms and conditions just don’t add up when compared to rival casino sites.

The games are Golden Palace are, oddly enough, very decent. However, just like we wouldn’t advise players to claim any bonuses and promotions at Golden Palace, nor would we advise players to their hand at their games. Microgaming, Net Entertainment, NextGen Gaming, NYX Interactive, ELK Studios and a handful of others provide table games, slots, video poker and jackpot games at the site, but the total collection of games they carry is smaller than rival sites.

The casino’s more popular games tend to be slots, of which Bonanza, Ted, Rainbow Riches, Jurassic World, Fortunes of Sparta, Slots o’ Gold, Fairytale Legends: Red Riding Hood, Panda Pow, Carnival, Snowflakes and Jungle Spirit; Call of the Wild are all major titles. Again, though, even with these games, we wouldn’t advocate playing at the site until their outstanding issues are cleared up.

Currenty there are no reviews for Golden Palace Casino. Be the first one who will review it.