New Customer Offer. T&C’s Apply. 18+. NO US! 200% up to $200. How to claim the bonus: Players need to sign up through our LINK and the bonus will be added automatically. Minimum deposit: $10. Max cashout: $10,000. Allowed games: Only games marked with BONUS badge(Check 'Bonus T&C' to check the game contribution to the wagering requirements). Cashable bonus: Yes. Available on mobile: Yes. Exclusive promo expires: Until further notice. 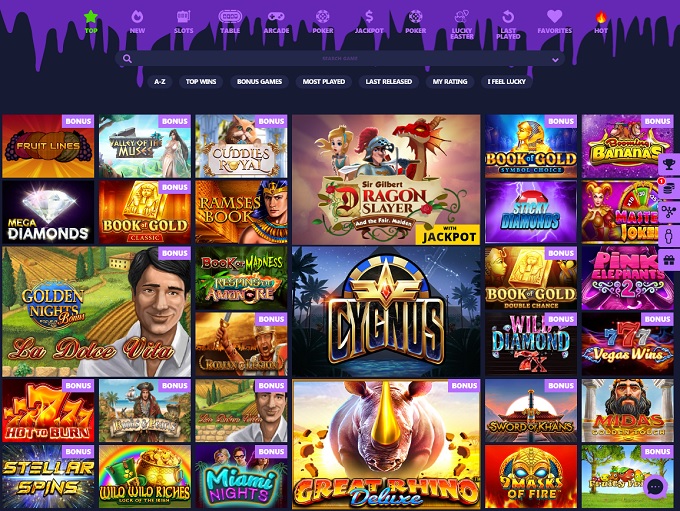 Freaky Aces Casino is certainly a nifty site to play your favourite online casino games at. This domain launched in 2017, and is already known for offering live casino and sports betting options alongside its traditional online casino and slot gaming experiences. Freaky Aces Casino holds a Curacao issued gambling license, with players able to play both instant play and mobile gaming platforms at this casino, which is iTech Labs certified, and operated by HighWeb Ventures.

Freaky Aces Casino only offers gameplay in English, though they do permit players to deposit using a bit selection of currency options. Some of those include US dollars, bitcoins, British pounds sterling, euros, Australian dollars, Danish krone, New Zealand dollars, Norwegian kronor and Swedish kronor. Players can obtain support and assistance around the clock from the casino’s support team, which are on hand via live chat or e-mail. An FAQ guide can also help you out if you want to seek your own answers.

Newbies who choose to sign up at Freaky Aces Casino can claim a first deposit bonus. This bonus is worth a 150% match deposit deal, and is valid up to €300 in total. Players will also be able to claim other special offers and deals whilst playing regularly at Freaky Aces.

The online casino site can offer players a 10% return on all losses whilst they play in Freaky Aces’ Vegas section, whilst Tuesdays are No Lose Days, with players able to claim a 100% live casino rebate whilst playing. Virtual sports rebates are made possible, too, with daily 21% rates up for grabs. Lastly, if you do decide to download the Freaky Aces Casino app, you could open a handful of other top promos and deals.

Freaky Aces Casino can offer players a wide range of games to play at their domain, some of which include titles from BetConstruct, GamesOS, iSoftBet, Microgaming, Mr Slotty, Net Entertainment, Playson and Pragmatic Play. Most of those games can be played in mobile format, as well as in their instant play domain.

The types of games you can expect to find over at Freaky Aces Casino include baccarat, blackjack, craps, roulette, slots, table poker, and video poker games, amongst others.

If you fancy a pop on some top slots, try playing Lights, Starburst, Gonzo’s Quest, Dead or Alive, Fruit Shop, Jack and the Beanstalk, Piggy Riches, Elements, Jack Hammer 2, Victorious, or Dracula whilst playing at Freaky Aces Casino this year.

Canceled my withdrawal saying that I didn't follow the General Bonus terms. I was buying bonuses on some slots and then they said it's against TOS, no real explanation just that I don't follow the TOS, but in the Terms of Services it didn't say that it's against it. My max bet was 1.2EUR and the maximum that you can bet with the bonus is 5EUR.?  Here you can read my experience with this casino: https://casino.guru/freaky-aces-casino-player-s-bonus-winnings-have-been#13109 At first, they say that buying bonuses is okay with bonus money, but if you do it they'll cancel your winnings just like it happened to me. Be aware of this casino and the other sister casinos, there are really good casinos out there worth a try and get this one and the other sister casinos on the blacklist.