non cashable and no deposit 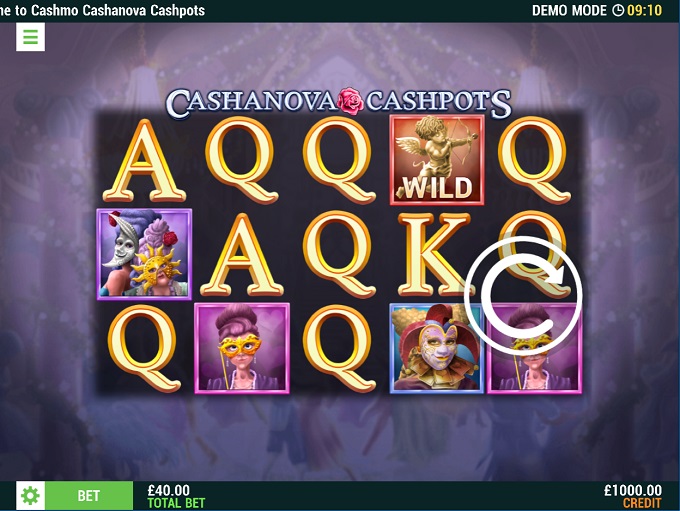 Cashmo Casino is predominantly a UK online casino site and one which gears itself up for those who prefer mobile casino gaming. That doesn’t mean to say that instant play fans can’t get to grips with the action at this UK Gambling Commission domain, though. Launched in 2019, Cashmo Casino is owned by InTouch Games Limited and features software from this little-known provider, too.

The online gaming site accepts deposits made using VISA, MasterCard, PayPal, Paysafecard, Skrill and a few pay-by-phone methods. An independent casino which isn’t part of any major brands, Cashmo Casino provides support and assistance via live chat, telephone (which is toll-free for players based in the UK), and e-mail.

After registering as a new player, you can claim a decent set of bonus offers at Cashmo. There is a free spin no deposit bonus up for grabs, and it promises 50 free games and the chance to win real money with those spins. There is also a cash bonus which is worth up to £500 spread over your first three deposits, as well as another 150 free spins up for grabs.

Social media competitions and Game of the Month deals can also be claimed at the site, while players can snap up £7 and the equivalent of 50% of whatever any friend they refer happens to deposit. Weekly bonuses can dish out loyalty rewards, free spins, cash bonuses and much more besides, so there is certainly no shortage of top offers to be had at Cashmo Casino.

As touched upon earlier, Cashmo Casino features in-house, proprietary software from InTouch Games. Games from other providers are not housed at this domain. This naturally limits the types of games you can expect to play at the casino, to just a handful of titles. Slots form the most popular of those games, although a few instant win games can also be enjoyed. It is worth pointing out that most of the slots at the online casino have relatively decent jackpot prizes up for grabs, some of which happen to be progressive.

Currenty there are no reviews for Cashmo Casino. Be the first one who will review it.