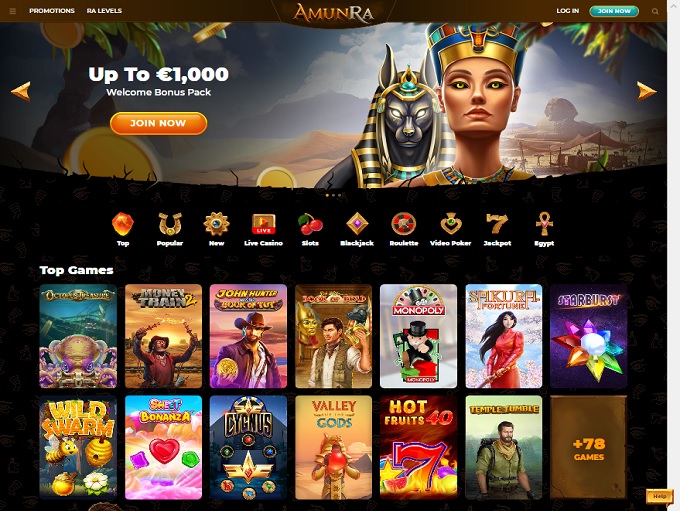 The MGA licensed site offers multiple channels for making payments and processing withdrawals on the site. Supported deposit methods include Visa, Mastercard, Neosurf, Neteller, Skrill, Maestro, Paysafecard, Yandex, Qiwi Wallet, EcoPayz, and Trustly. Supported currencies on the site include the US dollar, Canadian dollar, Euro, Norwegian krone, and New Zealand dollar while the  minimum accepted deposit on the site is set at €20.

The site also offers a number of options for facilitating withdrawals. Supported withdrawal methods include Neteller, Skrill, Visa, Mastercard, Paysafecard, Trustly, Ecopayz, and bank transfer. The minimum amount that can be processed as withdrawal is set at €20 while the cashout limit is set at €7500 weekly and €15,000 monthly. Depending on the payment method used, it can take anywhere from one to five days to have withdrawals processed.

The site also features a line of jackpot games such as Hot Pot, 100 Cats, The Glam Life, Holmes and the Stolen Stones, Power Force, Age of Troy, Bell of Fortune, Forest Tale, Imperial Riches, and 20 Diamonds.

Currenty there are no reviews for AmunRa. Be the first one who will review it.

AmunRa Casino supports banking methods for deposits and withdrawals for