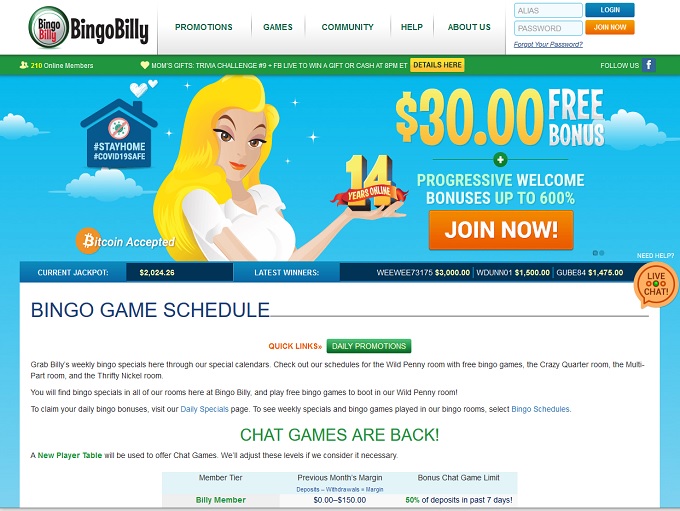 New players signing up on the site can enjoy a $50 bonus even before making a deposit. This is because this is a no-deposit bonus that doesn't require an initial deposit to be harnessed. There are also deposit bonuses spread across a player's first five deposits.

Bingo Billy maintains an active support team for attending to player inquiries and resolving issues. There are multiple channels for reaching the support team. This includes email, live chat, and phone options.

Bingo Billy Casino offers a gaming selection that cuts across gaming categories such as slots and table games, as well as bingo rooms. The site’s entire gaming catalogue is powered by Parlay games and Mobilots.

Currenty there are no reviews for Bingo Billy Casino. Be the first one who will review it.