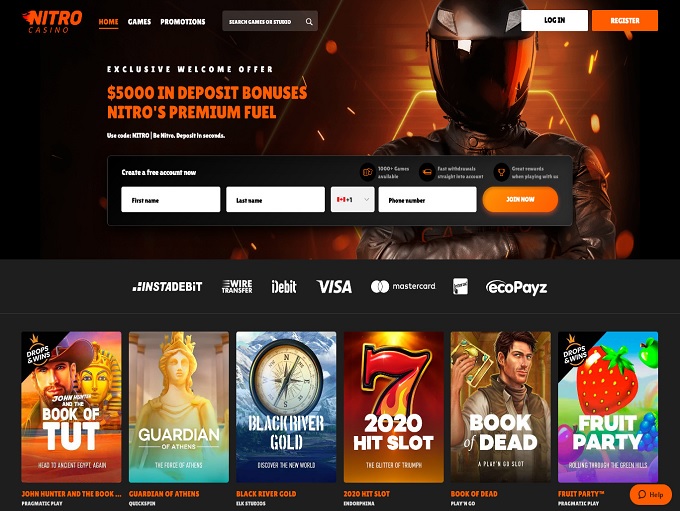 Nitro Casino is a new gambling platform launched in 2020. The casino site is owned by Betpoint Group Limited and operates with a license issued by the Malta Gaming Authority. The site boasts of a broad gaming catalogue that consists of more than one thousand games covering major gambling categories such as slots, table games, and live dealer games. Games hosted on the site can be accessed across a broad range of devices cutting across mobile and desktop systems.

Nitro Casino offers multiple payment methods for facilitating transactions on the site. Supported deposit methods include Skrill, Neteller, Trustly, Ecopayz, Visa, Mastercard, Nordea, Venus Point, and Klarna. Supported currencies on the site include the Canadian dollar, US dollar, Euro, and Norwegian Krone while the minimum accepted deposit on the site is set  €25.

The MGA licensed site also features a number of payment methods for processing withdrawals on the site. Supported withdrawal methods include Visa, Mastercard, Skrill, Neteller, Trustly, EcoPayz, and Venus Point. The minimum amount that can be processed in withdrawal is set at €50 while the cashout limit is set at €5000 daily.

Currenty there are no reviews for Nitro Casino. Be the first one who will review it.