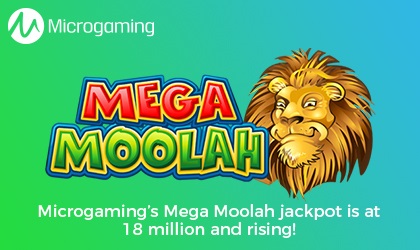 The summer has been good for Mega Moolah progressive jackpot, with the money pot being unclaimed for two months now. The game usually pays out an average of five million for the very lucky ones, so the pot growing all the way to 18 million euros is quite a feat. This year the slot has dished out six massive jackpot  wins already, and the current sum is enough to challenge the biggest jackpot wins ever.

In fact, the previous record of 17.8 million euro has already been surpassed. Last time the big win went to Finland. Perhaps it’s time to claim the glory for your country this time around? Whoever wins the pot gets the bragging rights for the next half-a-decade for sure. More than enough reason to give the slot a spin or two!

Check out other jackpots too:

Playtech’s, Jackpot Giant stands at 12 million euro, and Yggdrasil’s, Joker Millions, at five million euro. That’s the top three at the moment, but there are plenty of other worth millions each. Just take a look at our jackpot tracker and select your favourite! Or like said, try your luck with Mega Moolah now that the payoff is the highest ever!

Microgaming Adds Wheel of Wishes to its Progressive Jackpot Network

NetEnt Turns Up the Heat with Grand Spinn Superpot

Do You Have What It Takes to Uncover the Hidden Treasure?

Progressive Jackpots up for Grabs