EOSreel to Rock the Gaming Industry 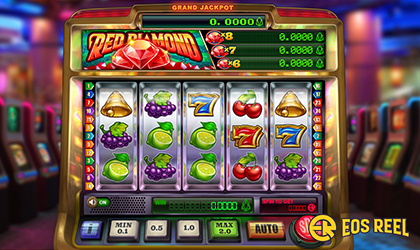 Approximately ten years ago, for the first time, the world was introduced to blockchain technology and it immediately wanted to learn more about it from Satoshi Nakamoto. What people loved about it is its accuracy and dependability.

What Exactly is There to Love?

When we say reliability, we think of transactions precisely. Each is showcased to all users in the transactions and this concept of preventing any form of fraud can be seen today in everyday life, such as anti-counterfeiting, distribution, real estate registration and e-voting.

That’s precisely why this innovation is frequently utilized in many areas of life, as well as in the game industry.

Over the past couple of years, it serves as the biggest impact on the market DAPP made. Many had high expectations when it came to it, due to the fact that because of it many issues, such as trickery and falsification were solved.

Furthermore, bad graphics and UI forced users to think that the blockchain is not as accessible as they may have thought which was a huge issue.

Changing Things For The Better:

EOSreel has heard of these complaints, so they decided launch services that are going to make the public along with technology more private, based on economic benefits and entertainment elements.

In order to simplify things, they have incorporated top-quality graphics and UI that is reachable already in App Store and Google Play.

Furthermore, the game, Slot Machine, that has been popular for many decades has made development much less complicated and enabled players to fully enjoy the game.

This is going to allow the public to gain quick access to blockchain technology and will help to dissipate the resistance to the technology and the barrier to new technologies.

Why Are We Supposed to Love it?

The good thing about the game is the fact that as soon as you start playing it, you almost instantly become a shareholder of it and you basically earn shared profit.

Furthermore, EOSreel doesn’t stake 12% of the team tokens issued to maximize the user’s profits. It’s worth mentioning that there are no pre-issued tokens or sold because they haven’t gotten any form of investment during the entire process.

As soon as the player clicks the SPIN button, the first ER token is given. EOSreel has just launched its service. A few days ago, mobile, web and progressive jackpot features were upgraded.

NextGen Goes Live with Queen of the Castle

Take a look at the new Gamesys slot with a fresh take on the Godfather!