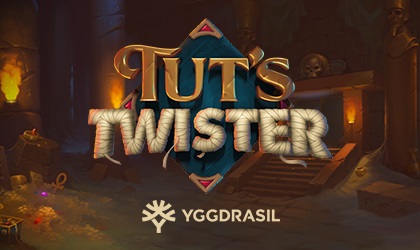 It seems impossible for slot producers to move onwards from the ancient Egyptian theme. It is as if some ancient magic holds all the producers solely focused on this topic. Yggdrasil has at least managed to move on from the usual setup of Cleopatra and Nile into that of Tutankhamun rolling, or twisting in this case, in his grave.

The slot itself is of superb quality. We wouldn’t expect anything else from Yggdrasil. Plenty of animations, excellent graphics, and a world of sounds that other slot producers only dream of. The game itself has had some thought put into it, and although the features aren’t revolutionary they at least are not the same ones that we’ve seen in other slots themed after the ancients.

So what can you await from this new release? Well, in a nutshell, it is a 25 payline slot with a high RTP of 97%, Tut’s wild reels, walking wilds, the last chance and a mystery feature, respins, and win multipliers. There are five reels in four rows, making the setup quite standard. If you’re into standard slots and the theme sounds intriguing the massive wins you can land here are certainly going to make this one of your favourite slots. Try now at any Yggdrasil casino and get the twister going!

Blueprint and Lucksome Studio Launch Way of The Tiger