Something Afoot In The States, Changes To US Gambling Laws 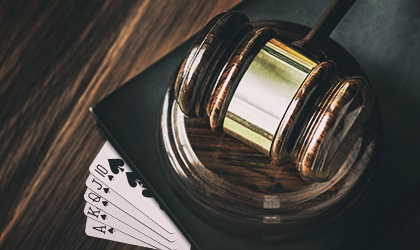 There has been a small storm gathering for a bit now, mostly considering current gambling legislations in the US; some small changes that seem to point at the framework loosening up and allowing laxer gambling laws.

However, these changes are still far from accepting online gambling to the extent it is established around the rest of the world. Most of the adjustments come from the states and not the federal government, and is still mostly administering local casinos and statewide operators.

Can You Gamble Online In The United States?

We have already written extensively on the state of gambling laws in USA, and how the state versus federal government setup works. Suffice to say, gambling is not illegal per se, but it is quite difficult due to U.S. government regulating the banking aspect. Additionally, when you can’t use banks for deposit or withdrawals the options become quite limited.

For the most part, it seems that online gambling is still quite underdeveloped; this should be especially clear to anyone outside the USA who actually has had the chance to enjoy the full benefits of online casinos.

So, what are the states doing to remedy this? Not all that much. 2018 opened as quite a hopeful year for all parties involved, but the changes ended up being somewhat minor. For example, Arkansas is aiming to approve and create more brick-and-mortar casinos. Florida is simply trying to decide if they are going to make a decision whether more casinos are allowed or not. Idaho is coming up with a rather silly form of gambling, whereas in Maryland they are simply deciding how to use the profits made from gambling. Missouri, in turn, is making it easier to run bingo games.

As is quite evident from above, there are no big changes happening. Instead, gradual steps are being taken to open up gambling opportunities. The good news is, of course, that the matters are at least open for debate. After decades of quiet, something is happening. The bad news is that the states are mostly interested in expanding the traditional forms of gambling, completely disregarding the fastest-growing part of the industry.

What To Expect In The Future?

For now, the situation has been that it is possible to gamble in offshore online casinos. The coming changes seem to point at different states legalizing online gambling to full extent, but only within the state. The true changes come when US players can easily play online anywhere, like is the case with most other jurisdictions at the moment.

The change is coming, but it will be gradual. Traditional gambling strongholds will probably not be leading this charge, as they want to protect their brick-and-mortar businesses. Other states might decide to jump on the bandwagon of internet gambling and take advantage of wider audiences. It all remains to be seen, but at least from 2018 onwards the situation seems to be going in a better direction.