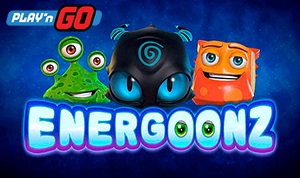 Online and mobile gaming software develop Play’n GO, has been making headlines in casino industry news as of late, with the recent launch of new gaming titles. Mermaid’s Diamond and Prosperity Palace took the gaming community by storm, with the latter being the most recent release.

For those who have yet to take the title for a spin, Prosperity Palace delivers an Asian theme, with an emphasis on inner peace. It features 5 reels and 10 fixed paylines, in addition to several bonus features, boosting chances of winning. A wild dragon symbol substitutes for other icons on the screen to complete wins, a Golden Buddha acts as the scatter, generating free spins. During free games, the Buddha goes wild, maximizing win opportunities!

With players reeling from the excitement of previous game launches, the brand has spoiled its players with yet another release. The brand is set to go live with a sequel to the popular Energoonz slot on October 24th, titled, Reactoonz. The game features a 7x7 grid with a cascading reel feature. Wins are awarded when five or more symbols appear together in a connected cluster. Winning symbols are then removed so new symbols may be dropped onto the grid to replace them. This routine continues until no new wins can be made.

Wins during play also contribute to 5 Quantum Leap charge meters, one at a time. When one has been fully charged, one of the following features is added to the queue: Implosion, Alteration, Demolition or Incision.

In the event that all five are fully charged, the Gargantoon feature is added.

Look out for the game to go live very soon…