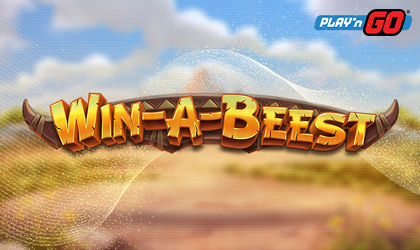 Play’n GO is making the reels tremble again with a feature-packed stampede of a game called Win-A-Beest.

…all about the wonders of the African wildlife, but also the valuable features that will keep players on the edge of their seats!

The developer’s latest release is going back to the cradle of civilization. However, this time around, they didn’t go chasing mysterious treasures of ancient kings.

On the contrary, the provider went with…

… a tribute to the diverse wildlife found on your average African savannah. As soon as the game loads, players are transported into a sunny, golden field somewhere under the blue African skies.

From the immersive point of view alone, there’s a lot to unpack in this game. Fans of wilderness-themed slots will absolutely appreciate the lack of anything that could be construed as artificial. The same applies to the reels. Symbols come in the form of card royals in the lower-paying tier.

The higher-paying tier, on the other hand, is…

…full of beautiful wildlife that is often associated with Africa. There are lions, elephants, and other amazing wild beasts.

The new title features an interesting layout. This slot game runs on a 2-4-4-4-2 reel grid that is using the on 256 ways to win mechanic. However, this changes once some of the special features are triggered!

…trigger the Stampeding Spins or Beest Mode, which will bump the base game to 1024 ways to win. The Beest Mode and Beest Mode Spins only feature Wildebeest, scatter and wild symbols, thus increasing the one’s chances of scoring a potentially massive win.

The rest of the features include a Super Symbol feature and more.

Martin Zettergren, Play’n GO CPO, has shared his take on the new release: “This is a game all about power. The Wildebeest is a powerful animal, and it combines with a strong paytable to give players more powerful wins. The features, multiplier Wilds and grid expansion are all designed to add into the excitement and energy that a ‘wild’ slot like this should generate, we know players will enjoy what it has to offer.”

Play’n GO belongs to the category of highly respected software providers who are considered to be the veterans of the industry. The company offers one of the most immersive gaming portfolios out there. The quality of its content and their dedication to detail has allowed the brand to build a large network of operators from all over the world.