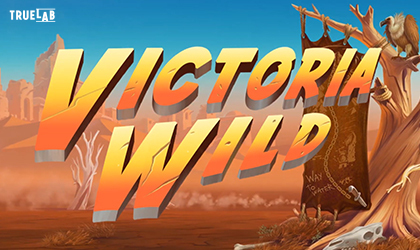 Truelab has announced the release of a new slot game titled Victoria Wild. The game is a proper masterpiece when it comes to immersive graphics and storytelling. The team behind…

…this title has gone above and beyond to give the player a truly exciting adventure that goes beyond the spinning reels.

The studio behind it is one of those software providers that take great care to give their players a well-rounded experience. In this latest release, immersive graphics are on a level that is rarely seen in the industry. The creative team…

...has gone to great lengths to tell the story of a young adventurer looking for the ancient desert treasure of Lost civilizations. Her story takes her through…

…a variety of different landscapes, and this is exactly where players can appreciate the creative solutions of Truelab’s design team. There are three distinct environments – an abandoned city in the desert, a hidden jungle waterfall and the temple ruins.

All of the backgrounds and environments are highly detailed, depicting the main character doing different things. While in the desert, she’s riding a motorcycle loaded with supplies. In the Lost Temple, she’s traveling light with only her trusty sidearm at hand’s reach.

The symbols are every bit as detailed. Even the lower-paying stack shows signs of great effort. The higher-paying ones are…

… impressive, depicting Victoria’s motorcycle, her handgun, boots and other items. Lastly, the whole experience is rounded off with a great soundtrack that adds suspense to an already exciting slot.

Core Game that Tells a Story:

At its core, the game runs on a 5x3 grid and 25 fixed paylines. The grid can expand to 6x3 depending on the active screen and environment. With its smooth gameplay and an estimated RTP of 96.50%, this is already a promising slot. However, things get even more interesting once…

…you take into account all of the special features. Namely, players start out in the desert screen. By collecting 25 Oasis Symbols, players are transported to a new screen triggering the Oasis Bonus Spins.

Collecting 3 or more Lost Temple Scatters will activate the regular Bonus Spin mode that takes players to the lost temple screen. There, players have a chance to open the Secret Treasury bonus. This is done by collecting 7 or more Lamp Wilds.

Truelab is an up and coming software development studio specialized in creating high-quality games for the iGaming industry. Founded in 2016, the studio currently offers 7 completed titled while they have another 15 in development.

With a team of 36 people in 10 locations around the world, it’s fair to say that this company is achieving great things. In their own words, one of the goals driving them forward is pushing the boundaries. That is certainly what they’ve done with Victoria Wild.