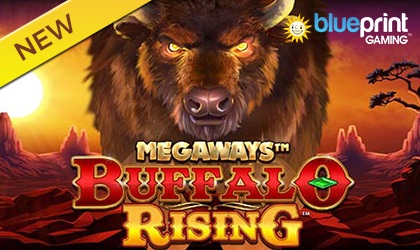 Raising Buffalos has never been easier, even if there is a bit of a risk that they will trample you on the reels. This Blueprint Gaming slot came out of the blue as a flagship product for the year. The features, wins, and style of the game have all been pushed to the extreme. The game is widely available, and most top online casinos have added it to their catalogue even though the studio itself is not very well known. Read below for more information on the game and where to play it.

What is Megaways and how does it work?

Megaways is a way to set up the winning lines on the reels. The normal way is to use paylines, These are normally fixed and run from left to right or vice versa. There can be any number of paylines, though usually the range is between five and forty. You can have less or more, but this starts to require changes to the number of reels and symbols. The bare minimum is of course just one.

To go around these limitations a lot of slots also use the “ways to win” method, which doesn’t use fixed lines. Instead, opting to simply count subsequent symbols as possible ways to win. This means that the symbols can land in hundreds of different ways, and as long as they are in subsequent reels you are still going to land a win.

Megaways combines the two and adds in a bit of extra. The system is copyrighted by Australia-based provider, Big Time Gaming, with Blueprint being one of the licensees for that system. The way this system works is that each instance of the symbols multiplies the possible ways to win, instead of being simply added to the total. This way the number of possible paylines can go well over a hundred thousand, especially as the game adds extra symbols to the reels.

Cascading symbols and other special features:

The new title comes with cascading symbols, which means that any winning combination results in new possible wins. Though the basic wins might seem a bit small you have to remember that thanks to the Megaways system you can easily land over ten thousand times your stake on any single spin, and as there is a possibility of landing ever more wins on each spin the possibilities are endless.

There are mystery symbols which might turn into any symbol bar the scatter. The scatter in turn will land you free spins, and the more scatters your land the more spins you get. The free spins also come with a win multiplier that keeps on growing with each cascading win, and what is ever better is that it has no limit. As long as you keep winning you will keep winning more!

This is definitely a slot that is quickly picking up speed, and the sooner you join the trend, the better. Countless wins await!

Spin the Reels with Chilli Picante Megaways from Blueprint

Get into the Fishing Spirit with Fishin Frenzy Fortune Spins