Roulette and the Fibonacci System 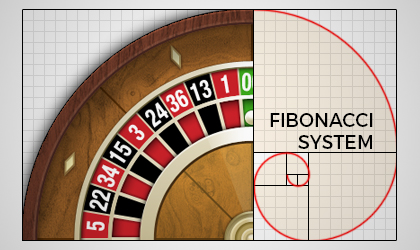 You don't have to be a mathematician to use some of the mathematical strategies available today. In the case of the Fibonacci System, the work has already been done for you so if you follow along you could have something beneficial to add to your Roulette repertoire.

Numbers According to the Fibonacci System

So what is this Fibonacci System? The concept of numbers was developed by a brilliant mathematician from the twelfth century, Leonardo Fibonacci. The concept is to begin with one number and move forward using the sum of the two previous numbers. The sequence begins with zero and carries on like so: 0, 1, 1, 2, 3, 5, 18, 21 and goes to infinity.

Applying this Method to Your Game

The system is not applied to the game as a means to predict numbers but rather as a means to manage your bankroll. It's tough to keep the system alive when you increase your bets tenfold and specifically once you've surpassed number 21 in the sequence.

Applying this method to your Roulette strategy can work out if you cap your bets at a certain amount. If players choose to put a cap on the system, it can be beneficial. So if you get on a roll once you reach 21 in the sequence and win then do not increase your wager. If you opt to utilize the Fibonacci System, consider placing safe bets on black or red rather than putting it all on 23 or whatever your lucky number may be.