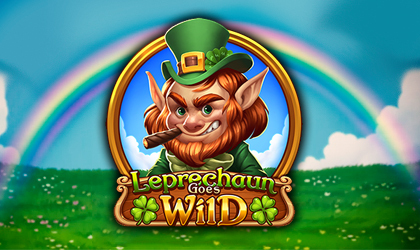 The game is the latest addition to this company’s Leprechaun series of slots. Packed with awesome features and cool scenography, this latest installment promises to be every bit as successful as its predecessors!

The developer is continuing to stack surprises one after the other in the second month of 2020. This company has released another installment in its popular Leprechaun series. The first game from the series has…

…hit the markets back in 2013 under the name of Leprechaun Goes to Egypt. Three years later in 2016, a sequel titled Leprechaun Goes to Hell was launched. With this latest addition to the saga, and the developer is hoping to achieve similar results this time around!

As far as aesthetics go, the brand has gone with a more conservative layout that incorporates everything one could expect to find in a slot about leprechauns. The scenery is loosely based on Ireland, with its lush greenery and Gaelic details.

Symbols feature the usual card royals in the lower-paying set, while the higher paying set is all about horseshoes, pints of beer, leprechaun hats, pots of gold and more.

The title is based on a 5x4 grid reel that runs on 20 fixed paylines. As far as special features go, players can look forward to the Luck of the Irish feature that…

…adds one extra wild or one extra scatter to the reels. There is also the bonus spin mode that can yield up to 13 bonus spins, while players can add the maximum of 9 more spins if they retrigger the mode.

Johan Törnqvist, CEO of Play’n GO, offered his take on the new title: “Players feel a connection with some of our most beloved characters; Hugo, Rich Wilde and the Leprechaun, so it’s always worth revisiting them to bring a familiar face from a fresh perspective. It’s important not to rehash the same old scenario in a game; otherwise, there’s no point. We want to make sure we give players MORE, even when dealing with a character they’re already accustomed to.”

Play’n GO is a premier software provider that is specialized in creating and producing quality slot games for the iGaming industry. The company features a massive portfolio of titles…

…that are available through its wide distribution network. Its attention to detail and uncompromised quality of work has made this company one of the most popular providers in the industry.