Spearhead Studios Goes Live with Book of Gates on Wunderino 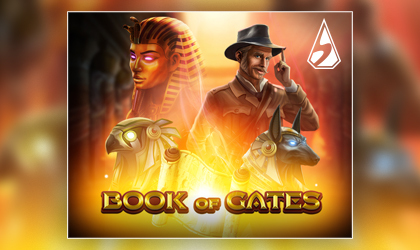 Spearhead Studios has completed work on Book of Gates and is releasing this bespoke game exclusively on Wunderino. The game itself brings players on an exciting adventure following an explorer as he searches for the lost treasures of ancient Egypt.

The Tomb of Powerful Pharaohs:

The developer’s latest release comes in the form of a bespoke, made to order slot.

…the exploration of the unknown where treasure at the end of the road could potentially mean a massive payday for players. The team behind this slot went with an Indiana-Jonesque character called Percy Forcet.

Forcet is a British explorer who…

…has embarked on a journey to uncover the treasures of ancient pharaohs. Armed with an ancient Egyptian scroll, this explorer is set on finding his treasures!

One of the main guidelines set for this custom slot game was to give players a fairly volatile experience. The operator’s players are getting exactly that! The new title is a 5x3 slot game the runs on 10 paylines.

…has the potential to bring a max win of 11,000x the original stake. The game also offers an awesome Bonus Spin mode that adds more chances for potentially massive wins!

As if that wasn’t enough, the developer has built in…

…the option for players to enter the Gamble Ladder in both the base game and the bonus spin mode. If this feature gets triggered, players’ wins could be increased to up to €30,000.

That’s definitely a game-changer of a feature, no pun intended. Mathias Larsson, Managing Director of Spearhead, says: “We are very pleased to have released a bespoke game for Wunderino. It’s been a great pleasure working with them on the Book of Gates, and we are looking forward to developing additional slot titles for Wunderino and other clients.”

Tobias Carlsson, CEO of ROL Malta, comments: “We are constantly trying to improve the content-experience for players in our markets. Partnering up with Spearhead was the right move for us to explore how we can take a bigger role in that process going forward.”

Spearhead is an up and coming software provider from Spain. Despite joining the industry fairly recently, the company has already been recognized as a source of quality entertainment across the board. With several competitive titles in their offer, the supplier has established a presence in several key regulated markets around the world.

Known for the high-end game design as well as bespoke software development, the team behind this brand is all about innovation and quality of service.