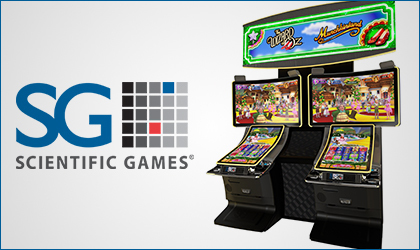 Whenever we want to revive our childhood, we can do that by watching one of the most wonderful movies in the history of cinematography, The Wizard of Oz.

Now, Scientific Games Corporation has jumped on the bandwagon, announcing its take on the childhood favorite as part of THE WIZARD OF OZ slot series. The slot has been dubbed, MUNCHKINLAND, representing a virtual version of the legendary film.

What Can We Look Forward To?

Creators of this video slot, Scientific Games, added all those characters from the story along with some famous scenes that are simply unforgettable, including the iconic Munchkins.

MUNCHKINLAND is the first WIZARD OF OZ slot that comes with 3D-rendered characters and players will also come across The Wicked Witch of the East. She is one of the most important figures of this game, because she can be seen during bonuses and features.

Let’s Find Out More About It!

Furthermore, it is going to be showcased on the superb Gamefield 2.0. cabinet and it is equipped with five reels, fifty pay lines and probably the most exciting part of the game – the ‘There’s No Place Like Home’ wide area progressive jackpot, along with two central game features.

The Wicked Witch of the East can be found in the Witch Feature, during which she will fly over the base game display and put a spell on the reels.

If this occurs, she could possibly extend them up to twelve rows. The inevitable Witch Wild is here to help players enhance their chance of a big win.

Furthermore, in case Tornado Wilds are seen across the reel, the reels will then create Lollipop Wilds showcasing credit prizes and an outstanding jackpot that is a perfect addition to the prizes you’ve already taken.

It can be activated only if more than three bonus characters are seen across the reels. It starts with a wheel spin during which character wedges award a corresponding jackpot as well as an extra spin.

During this feature, casino spin wedges can bestow the players with up to twenty slot spins! Casino spins are unique because cheerful Munchkins show up and can reward the players with no more than three active improvements, such as credit prize Lollipop Wilds, multipliers and Wild Reels.

“THE WIZARD OF OZ is considered one of the greatest films in history and we are pleased to present the latest homage to this beloved theme – MUNCHKINLAND – to the industry. Our talented team of artists and developers utilized the latest in 3D rendering technology, along with proven game play, to bring a unique and exciting gaming experience to casino floors.”

“Scientific Games has enjoyed a long history of success and partnership with THE WIZARD OF OZ brand and we are confident this newest title will be a hit with players and fans alike.”