Relax Gaming Goes for Another Heist in Money Train 2 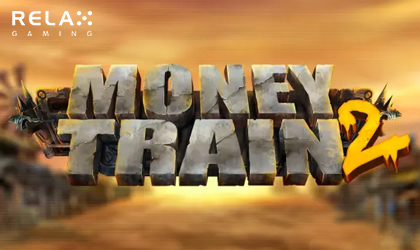 Relax Gaming has just dropped another fresh release. This time around, we’re looking at a sequel to a much-beloved game titled Money Train.

…of the same with similar aesthetic, lucrative features, and much more. If you have enjoyed the original, you will definitely find the sequel interesting, to say the least!

…just last year. That being said, the team did a great job ironing out all and any imperfections from the last one, creating an essentially smooth experience all around.

The theme sets the game back in the days of cowboys and thrilling train rides. Not much is known about the exact layout of the theme as the game is still covered in the shroud of mystery for the most part.

What is known is that a select few industry experts got a preview of the game, and they were thrilled, to say the least. The story of the game follows 4 main characters as they move out west through what is a post-apocalyptic world. Their adventure is riddled with potentially lucrative finds and treasures.

Feature-wise, the sequel promises to bring an interesting base game that will keep players at the edge of their seats for the most part. That being said, the supplier has announced at 50,000x maximum win bet, which is more than good.

Relax Gaming CPO, Simon Hammon said: “From day one, Money Train was a strong hit and has continued to attract players to this day. Given this significant level of popularity, we saw huge potential in delivering a sequel that moved the dial even further in terms of engagement. Having listened intently to feedback from both players and operators, Money Train 2 delivers on every aspect, from the unique theme and experience-enhancing animations to the mechanics that make it a standout contender. It’s what a great sequel should be.”

As for the release date, a date has been set for September 2nd, meaning that you’ll get a chance to enjoy this awesome new game at your favorite online casino supported by this provider.

Relax is a popular iGaming software provider that is known for its immersive slots among other content. The company has built a considerable portfolio of titles that have established this brand’s authority in numerous markets around the world. On top of that, it offers content from affiliated 3rd party providers who work closely with the company.