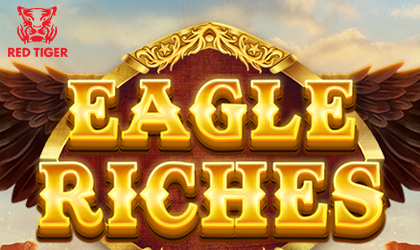 …an entertaining theme as well as a number of interesting features. Fans of the Wild West theme will appreciate the amount of effort that went into this slot.

The Great Expanse of Wild West:

The slot specialist, recently acquired by NetEnt, has had a great track record when it comes to their own titles. This new title…

…promises to add one more success to that streak. The studio has given it a Wild West theme, combining several elements of the great American outback into an awesome setting.

This slot features a sandy aesthetic, as most of the action seems like it’s set in the deserts of Nevada or Arizona. The graphics do a great job of depicting a desolate environment that is teeming with dangers of all kinds.

Whether it is the drought that gets you or the sun, the desert is no place for a wanderer. In addition to such an ominous background, the brand has decided to spice things up by using some of the most iconic animals from this part of the world as the higher paying symbols. Because of this, players will be able to see wolves, bobcats and other wild animals of the Wild West.

Underneath the Shiny Exterior:

Being an RTG release, no one is going to doubt the graphics and aesthetics of this game. However, what lies beneath that surface is arguably even more exciting. The developer went with a 5x4 reel grid that runs on 40 fixed paylines. Overall, this game is marketed as a high volatility game with an intermediate hit rate average.

As far as special features go, players can look forward to Eagle’s Shadow as well as Eagle Spins. The latter is a standard bonus spin mode. Overall, players can potentially hit 2000x their original bet. Another thing worth mentioning is the fact that this game runs on RTG’s brand new game engine.

Named RTG Core, the new engine enables this studio to achieve higher levels of game performance and optimization. On top of that, the team can now utilize higher quality graphics. Overall, the games running on this engine are optimized much better compared to prior releases.

Red Tiger is one of the premier software studios currently operating in the iGaming industry. Specialized in designing and producing high quality slot games, it has quickly become the crowd favorite when it comes to innovation and simplicity of access. Just about every title from their portfolio is has proven to be a success.