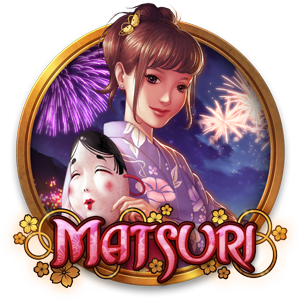 A new slot is about to hit a computer screen near you! This Thursday, March 23rd, has been set as the official release date for Play’n GO’s, Matsuri slot, and it will go live on all major online casinos. The game will be accessible across desktop and mobile devices. This release follows some of the brand’s most recent titles, which you may have quickly become a fan of, including Prissy Princess and Jade Magician.

The slot’s theme revolves around a traditional Japanese festival, and is complete with all the necessary components for a good time. It is made up of 5 reels, and 25 paylines, and a pretty scene is displayed across the reels, which are further decorated with themed symbols, including goldfish, Japanese lamps, festival-goers, and traditional cuisine, such as takoyaki, dumplings, and kakigori. Available bet options range from 0.25 to 100.

What about its features, you ask? There is an assortment of traditional bonus features to look forward to. To start, a lamp will act as the wild, substituting for all other icons within the game, aside from the scatter, to aid in the formation of wins. It can appear on each of the game’s 5 reels. The right combination with this symbol can award up to 25X the bet.

If you can manage to snag a series of three goldfish scatters across the three middle reels, the Kingyo Sukui Bonus is initiated. This is a unique feature, during which you will be given the task of catching goldfish using a paper spoon. A prize is revealed with each fish caught, and the first tear in your spoon will result in the end of the feature.

A festival mask is given the role of a second scatter. When this appears on reels 1, 3, and 5, eight free spins are triggered. Any additional scatters appearing during free spins will grant two more spins.

Try it for free!

Join Crew of Skilled Characters in Cash of Command