Play'n GO to Go Live with Sequel to Mystery Joker 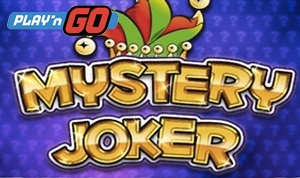 Gaming specialist and casino game developer, Play’n GO, is delighting players with an exciting new video slot release, the perfect gamer’s gift just in time for Christmas. The brand is scheduled to go live with Mystery Joker 6000 on December 21st. If the name sounds familiar, that’s because it will serve as a sequel to its classic Mystery Joker slot.

The sequel offers attractive upgrades, including the ability to play in two different game modes: main game and super meter. During the main game, the Joker symbol holds the key to triggering one free re-spin, when it appears on reels 1 and 2. In this case, the first two reels will be held, while the re-spin takes place on the third. When three of the aforementioned symbols appear on a single payline, the Mystery Wheel is initiated! Receive a random value up to 6000x the bet.

Winnings accumulated during the main game may be transferred into the super meter mode, and you may select the ‘Transfer’ button to do so. Bets cost double in this mode, but the potential to win is increased. Additionally, re-spins are not active in the super meter, but the Mystery Wheel is initiated when two joker icons appear anywhere on the reels. Three spins of the wheel are granted if the symbols land scattered. Each spin during this feature awards random amounts up to 6000x the coin value. Select ‘Collect’ to return to the main game.

If the super meter balance is equivalent to 6000x the coin value or more, the game round comes to an end and you will return to the main game automatically.

Look out for this title to hit online casinos near you very soon!

Join Crew of Skilled Characters in Cash of Command