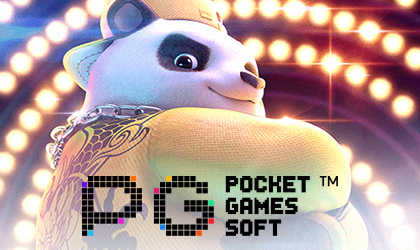 Are only humans famous these days? Sadly, yes, but hey, one of the most promising developers has come up with a marvelous idea. Namely, they wanted to make a game that is going to be dedicated to a lovely Panda who is everything but regular! He is a huge star with an enormous, virtual fan base. Let’s get to know him a little bit...

Who Is This Dude?

As we stated in the beginning, he is a star and if you want to see how big, just head out to the club.

The line is enormously long and as you can see there’s a bunch of people who are waiting to see the popular, Hip Hop Panda, aka, the name of the slot.

He represents the first rapper that has beat the competition in the club and now, he obviously can’t escape the spotlight.

Just like many other legends, he has also inspired other talented musicians to try to be as brave as him and follow in his footsteps. Not everyone is able to freely step onto the stage and rap from the top of their lungs like this talented panda, but they can always try! He even managed to get a record deal in the blink of an eye and that’s why this multi-talented bear has his own game!

This time he is not a rapper. Tonight, we are going to witness something special! Namely, mobile provider, PG Soft, has decided to put him into the shoes of a host during another competition at the club.

His main focus is going to be on the contestants, of course, because he wants to find the next big star.

In this 3-reel, 3 row reel slot, players will have the opportunity to enter the competitions and show their passion for this genre of music.

Things that will stimulate them to give their all are the scatter characters and Chain Combo Gameplay.

Be very careful! There’s a Bomb icon that could potentially destroy everything (without counting Slot Spins and the wild sign). When we say everything, we are referring to all symbols.

Don’t despair! On a more positive note, if by any chance, players notice at least one Casino Spin Symbol across the reels, they will be bestowed with sensational rewards! So, keep your eyes on the prize and everything is going to be fine!