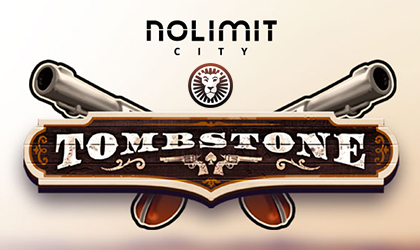 We all know that there are numerous companies in this industry who are continuously delivering impeccable service and showcasing why they are placed among the best ones.

One of those is leading casino, LeoVegas, who is widely-known for its creativity, expertise and generally outstanding approach towards their players and clients. Currently, they are one of the most popular operators in the world.

Inventiveness Is Their Middle Name:

LeoVegas is always trying to figure out a new way to bring something fresh to its consumers, whether it be classic casino, sportsbook or live casino. This is an industry where competition is really rough, but they are not afraid of demonstrating its power by being inventive and professional.

That’s precisely why Nolimit decided to collaborate with the highly-reputable casino. Generally speaking, this has been a very fruitful year for them. Namely, they launched a couple of very successful slot machines that almost instantly became huge hits.

Now, they are ready to bestow its players with a brand-new reel slot, titled, Tombstone, which went live with the site on the 18th of April. At first, it is going to be a trial period of two weeks, which will later be followed by a world-wide release all over the world. It can be expected on the 2nd of May.

Malcolm Mizzi, Head of Sales at Nolimit City commented on this release, according to an online source:

“We are extremely proud of our latest release. Tombstone will be the game that is sure to wet the appetite of all seasoned players that are on the lookout for high adrenaline inducing games! This is it – we feel that Tombstone will give that extra edge over what’s already out there today – no better partner to have an exclusive period with than the one and only LeoVegas.”

Last year, they blasted-off another slot, titled, Hot Nudge, and this newest one almost seems like a sequel due to the fact that they’ve been utilizing Nolimit’s own “xNudge” feature that enables stacked wilds with a sticky multiplier with every single nudge. If you decide to try out Tombstone, you will see how exciting it really is!

“We take great pride in proactively searching for the latest and greatest content available. In Tombstone, Nolimit have created what we believe to be a wonderfully produced and very exciting game. We are delighted to offer this game exclusively at LeoVegas. Tombstone raises the stakes and will be a definite crowd pleaser.”