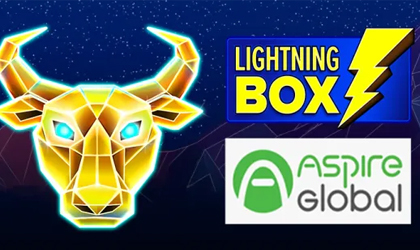 This company is known for making…

…interesting games that are often unusual in some ways and this one is no exception. Those who want to experience something different will most likely love what this game has to offer!

The developing team behind the new release is packed with talented individuals who often refuse to conform to the mainstream trends of the industry. One of the most obvious areas where this attitude reaches the surface is graphic design.

The supplier is all about unique styles and themes that will challenge your perception. The game features unreal scenery with neon, mesh frame mountains breaking up the star-filled skyline behind the reels.

However, this borderline sci-fi aesthetic is completely sidelined by colorful flowers that are hugging the reels. Symbols also make very little sense when contrasted with modern industry trends.

The company has used the standard card royals for…

…the lower-paying set but the higher paying set is where things get interesting. Players will get to see colorful lizards, skull candles, mariachis, rockets, and much more!

As far as features go, the title brings a few that are quite interesting. This is a 5x3 slot that brings plenty of potential for hot wins on its own.

However, the real fun starts…

…once you trigger the explosive bonus round by getting 3 or more rocket symbols on the reels. Additional rockets collected during this game mode will bring more bonus spins but also up to x25 multipliers!

The game has been launched exclusively via Aspire Global’s network of online casinos. This limited release will be in effect until June 22nd when the game goes for a full network release via Microgaming’s Quickfire platform.

Peter Causley, Lightning Box CEO and co-founder said: “Players are in for a real Mexican treat in our new title Toro Rockets, celebrating the nation’s iconic holiday. The latest addition to our portfolio is set to make a real bang in the online casino space, with firework celebrations a certainty with prize multipliers of up to 25x the original stake available in the bonus round.”

Lightning Box is a software provider from Australia that has been making all kinds of waves in the industry. The company takes pride in bringing innovative, often unorthodox games to the market that have given this brand a unique reputation.

The developer has been active since 2004 when they first started delivering slots to business partners around the world. It has a strong track record of excellence made possible by a dedicated team of professionals. Today, it enjoys fruitful cooperation with numerous top tier operators working in various key regulated markets.