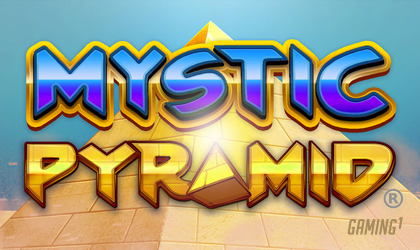 The game is the latest addition to Gaming1 catalog, which includes over 120 slots, table games and dice. The title has 5 reels, 3 rows and 20 active paylines, filled with stunning graphics and fascinating music and the adventure takes place on the banks of the Nile with tombs with treasures to be found with the help of spectacular bonuses.

Players who find themselves among priestesses, scarabs and gods can be drawn to three bonus symbols where they have an exciting option to activate one of three bonus features. Those who avoid tricky traps can return with some of the Pharaoh's wealth in the "Secrets of the Labyrinth" bonus, revealing the secrets of the Giants’ Tomb bonus with sculptures of the gods, and building a Golden Pyramid can win up to 2000x the bet.

Commenting on the launch, COO Sylvain Boniver said: “Mystic Pyramid is by far one of most thrilling casino games out there and we’re sure players will love trying to find their way around the labyrinth of passages in search of the treasures of Ancient Egypt. It’s fantastic to make such an innovative and exciting addition to Gaming1’s catalogue as we continue to expand our reach in regulated markets across the globe.”

As a talented team of experts guided by passion and love for their products, Gaming1 took its first step into the iGaming industry in 2014 and since then, have been a promising software provider whose work has shown enormous potential. This Maltese company attracted a lot of industry interest and quickly gained the recognition it deserved. A year after its debut, they received two EGR B2B nominations for Best Multi-Channel Casino provider in 2015.

Today, the brand operates with a wide range of premium services and long-term partnerships with several well-known studios, particularly Net Entertainment and BetSoft. In addition to developing casino games, the supplier is very familiar with all the important aspects of online casinos. The comprehensive portfolio includes products that are required for the successful management of a company. Everything from technological aspects to marketing platforms and investing has been expertly developed.