888casino is a power player in the online casino industry. Licensed and regulated, this established online casino has gone from strength to strength since inception in 2013. This year, it implemented its most ambitious changes yet with the all-new Orbit gaming platform. Designed with a player-centric focus, the lightweight gaming platform allows quick-click functionality, with no download needed.

Players on PC and Mac can simply power up and experience the majestic appeal of the site’s games in full flight. Mobile players on Android and iOS devices can access the platform via the mobile app for feature-rich entertainment, with optimized screen real estate at all times.

The launch of Orbit at the online venue is already the talk of the town. A 31% uptick in first depositor rates has been reported, with substantially more players waiting in the wings. The powerful new gaming platform is complemented by a feature-rich selection of online slot machine games, card games, and table games. 888casino is a front-runner in the pack of regulated online casinos, bringing a swashbuckling selection of world-class casino games to legal-age players across the state. Among the many dazzling new slots games, card games, and table games available to players are the following selections:

Some 28+ games were released to rapturous applause, with players chomping at the bit to get started. The fine selection of online casino games dovetails with the brand-new gaming platform. Feature-rich functionality, 3D animation, Vegas-style authenticity, and uninterrupted gameplay are standard with the all-new casino. Players can get started quickly, with no annoying lags, disconnects, or interruptions during gaming sessions. To bring all of these games to market, the operator has partnered with several world-class software providers in recent months. All of them are fully licensed and regulated to provide real-money gambling games.

A wide range of new slots online from existing and new providers is now available. Overall, 888 has inked several lucrative deals with leading playmakers, including: NetEnt, NYX Interactive, RubyPlay, Skillzzgaming, Pragmatic Play, Northern Lights Gaming, ReelPlay, Red Tiger Gaming, Yggdrasil Gaming, and others. Software providers are licensed in specific jurisdictions, and they must be licensed by the DGE to offer their games to players in the state. NetEnt and NYX are credited with some of the most immersive video slots games on the market. These entertainment options feature in-game bonus rounds, expanding wilds, collapsing reels, extra spin elements (T&C), authentic animation, and a wide range of minimum and maximum betting options. 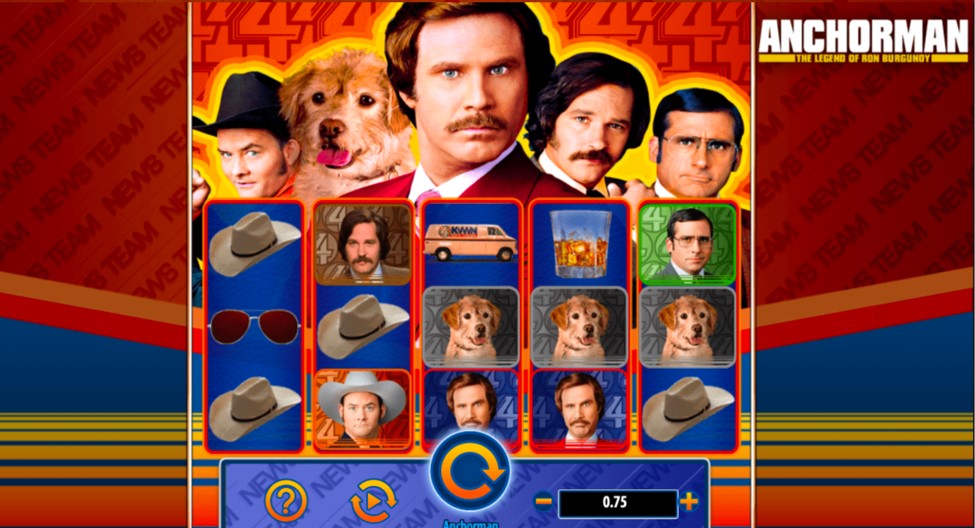 888’s signature new slot game is the ever-popular, Anchorman: The Legend of Ron Burgundy. Fashioned off the eponymous box office sensation, Anchorman brings the laugh out loud hysterics of Will Ferrell, Paul Rudd, and Steve Carell to the screen in an engaging video slot game. The weather will never be the same again, thanks to the on-screen antics of this bizarre cast of characters.

The wild symbol acts as wild for all the main characters and symbols including Brick, Champ, Ron, Baxter, Whiskey, Brian, Had, Glasses, and Van. 3 Scatter bonus symbols award players with a spin of the Big Bonus Reel, where players can win 500 X – 1000 X their bet multiplier. What makes this game a showstopper is its deliriously entertaining humor and the near-global popularity of this brand among players.

Vikings video slot is a movie-inspired entertainment masterpiece. This gripping thematic game takes players into the world of brave warriors – Vikings – in arguably the most fitting tribute to the History Channel series. The story follows the exploits of a Viking named Ragnar Lothbrok who is utterly frustrated with his chieftain's policies of raiding Russia and the Baltic states. He wants to go West and conquer new civilizations in the Western world.

Legend has it that Ragnar is a direct descendant of the demigod Odin, and the action ramps up with fearsome battle scenes and dramatic backdrops that will leave your mouth agape and your fingers ready for another spin. Vikings slot brings all the most memorable characters to life on screen, coupled with a combination of 10, Jack, Queen, King and Ace symbols. Raid Spins are activated with at least 3+ Raid Spin symbols, with a searing Hotspot Feature that transforms all the symbols on a reel to award bigger payouts. Other elements include Scatter Pays, Shield Wall features, and Raid Spins. Vikings is not for the faint of heart, as these warriors certainly pack a punch! 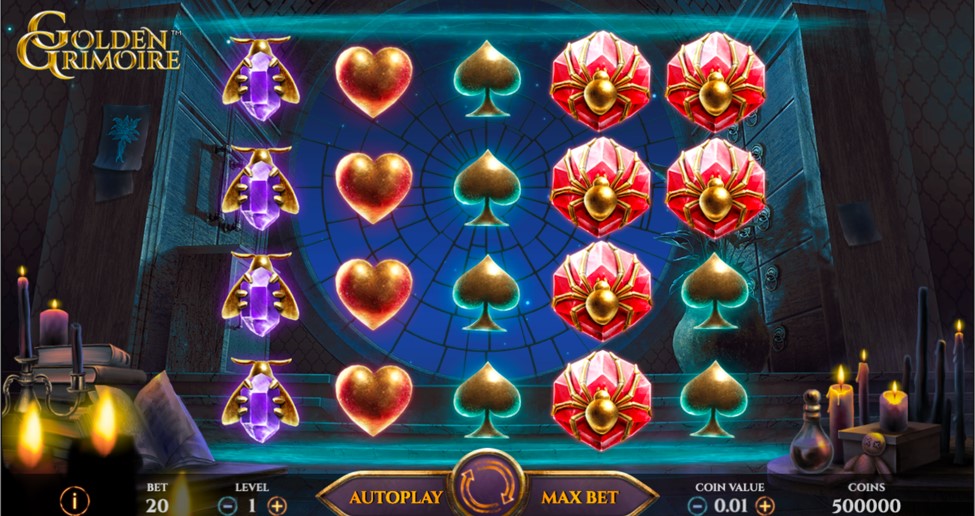 NetEnt has crafted yet another beauty with Golden Grimoire slot machine game. This stellar attraction allows players to view the night sky and all its heavenly bodies with a star-studded variety of feature-rich elements. With 5 reels, 4 rows and 40 paylines, Golden Grimoire is alive with possibilities. The symbols include precious gemstones clasped by powerful protectors including arachnids, serpents, bats and squid. High-paying symbols are complemented by burning hearts, diamonds, clubs, and spades.

These symbols will randomly appear on screen, forming different paying combinations. The game’s best-kept secret is the Mystery Symbol Feature. This feature has the ability to transform symbols into Wilds, thereby boosting payouts and activity. The Wild symbol is represented by the Golden Skull, with great transformative properties. Extra Spins (T&C) appear when 3 Scatter symbols form on the reels. The Sticky Mystery Symbol Feature adds just enough excitement to make this game truly pop.

Players with a penchant for mobile gameplay will not be disappointed with the all-new platform. The iOS and Android apps make it quick and easy to get up and running with dozens of great new games on the go. All legal-age players are welcome to play mobile casino games. Each of the aforementioned new slots, card games, and table games is available to mobile casino players too. Action-packed attractions from A-to-Z are available, with showstoppers like Astro Cat to the high-stakes appeal of Baccarat, and the roaring attractions with Serengeti Lions Stellar Jackpots. From the top of Mount Olympus where Zeus III reigns supreme to the Wild Streets of the urban sprawl, players are in for a real treat.