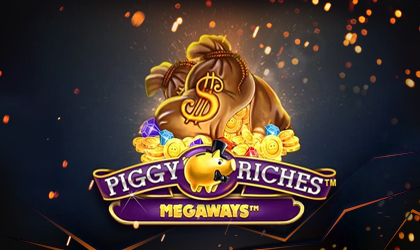 …exciting features as well as the all too familiar Megaways base game mechanic. Hardcore fans of the one-armed bandit will most likely recognize this title as a revamp of an old classic.

This latest portfolio addition comes in the form of a NetEnt classic that has received some much needed TLC. The title is...

…one of the most successful games NetEnt has ever released. The new version offers that same core quality of the original with the addition of numerous new features.

The new slot feel isn’t only due to the new features; it is also due to the brand new graphics. Namely, supplier has decided to rework the aesthetics of the original. Because of that, players can expect a real visual treat. The game brings an animated background that…

…depicts a manor and its surrounding estate. The graphic style is cartoonish in nature which gives this slot a retro feel. As far as symbols go, players are treated with wads of cash, piggie banks, gold cards and more.

Adding the mechanic to any game promises to make it more interesting. Fans of the original can now enjoy up to 117,649 ways to win in this 5x15 slot game. That’s not the only difference. The developer has also added their…

…Smart Spin and Daily Jackpot features to the game. Players will also have the chance to experience a bonus spin mode, scatter wins and an overall max win potential of 10,000x the original stake.

Gavin Hamilton, CEO at Red Tiger, commented on the new title: “Following the popularity of Piggy Riches™, we are delighted to give it a further boost with the addition of our hugely popular marketing tools, as well as the Megaways™ mechanics. Our talented team has worked closely – and at break-neck speed with NetEnt – as well as Big Time Gaming, to deliver the best each of us has to offer. I’m particularly pleased with how quickly we have brought this to market.”

Red Tiger is a relatively new player in the industry, that has managed to make a name for itself in a very short timeframe. The company is known for its innovative features but also its dedication to immersive slot game design. With a massive portfolio of quality games and a brand-new game engine, it caught the attention of NetEnt in 2019, who later ended up acquiring this brand.

As of right now, it is working as an independent studio within the NetEnt family, still delivering quality slots to users all around the world.