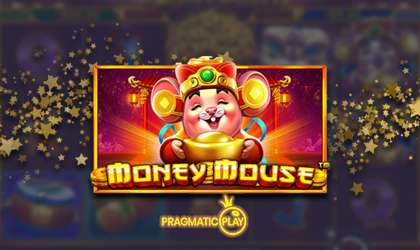 Pragmatic Play, one of the most popular software providers in the industry, has just released a brand-new slot titled Money Mouse.

With the upcoming Chinese New Year, this slot comes right on time to make the celebrations even more exciting!

Start the New Year in Style:

The developer’s latest addition to its growing portfolio of games was designed to match the upcoming Chinese new year. The new game offers…

The supplier’s team did its best to create a festive atmosphere that sets the stage for the upcoming celebrations. That is best seen in the background scenery that depicts a celebrating crowd of people dancing in the streets while loads of fireworks go off in the distance.

As for what goes on the reels, players can expect a variety of traditional symbols in the higher-paying tier. There are Chinese dragons, money trees, lanterns, and firecrackers among others. The lower paying tier of symbols…

…depicts the standard card royals done in Asian style. Lastly, there’s the subtle yet tasteful soundtrack that gives the whole experience the finishing touch it needs.

The best way to celebrate the new year is with a few massive wins. The brand has done its best to facilitate this by using a 5x3 reel grid that runs on 25 paylines. The estimated theoretical RTP for this release is 96% while the…

…whole game is described as fairly volatile. As far as special features go, the game offers a bonus spin mode as well as the exciting Money Respin mode that can potentially trigger the Grand Jackpot!

Melissa Summerfield, Chief Commercial Officer at Pragmatic, said: “We are delighted to release Money Mouse as the Chinese New Year festivities approach. With a joyful theme, immersive setting and colorful gameplay, it is sure to be an excellent seasonal addition to our ever-growing portfolio.”

Pragmatic is one of the leading content providers in the iGaming industry. Founded in 2015 by a group of industry veterans, the company has been working hard at building a strong reputation. So far, they have achieved exactly that through quality content releases as well as their efficient set of tools that give operators significant control over their users’ experience.

It is known for its single API integration which has attracted a number of top tier operators in the past. Their current distribution network includes a wide range of industry leading names and brands in key regulated markets around the world.