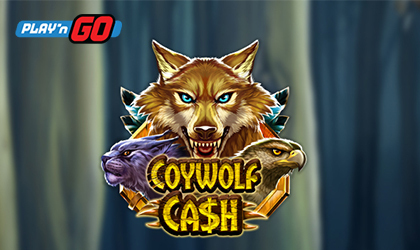 …an awesome theme as well as a unique special trait that makes this entire slot so much more entertaining.

The Secrets of the Woods:

The developer’s latest adventure has a strong Native American vibe to it. The game takes place deep inside a forest where all kinds of things happen far away from everyone. The scenery surrounding the reels is partially…

…mysterious but also very easy on the eyes. The provider did a great job of creating the sensation of suspense with a static background image. Players will notice trees, as well as various animal icons, etched into trunks all over the place. Actually, the entire…

…game is based around dry, old wood that forms various animal-inspired shapes. This is apparent when you look at the edge of the reels as well as the bottom section where all of the commands are situated.

Symbol design is what sets this game apart from the pack. Additionally, the brand went all out in this department. Even the lower-paying tier of symbols, which features the all too familiar card royals, is done in an original way. The higher paying tier features beautifully drawn animals while each of these symbols runs a short animation right before they settle down on the reels.

Bringing Innovation to the Market:

The title packs a relatively standard 5x3 reel grid with 50 paylines. However, all semblance of standardized features goes out the window moment you step outside the base game. The brand spiced things up with what they…

…call the Wild Reel feature. Triggered by a Mask Scatter when it lands on the third reel, this feature comes in two tiers. The first tier triggers a moving belt in the top row where 3 wilds are drawn. These are then pasted all over their matching reels. The second tier can be accessed when the Mask Scatter appears during the Prey Bonus Spin mode. During this Wild Reel mode, Coyowolf wilds can appear, carrying x2, x4 or x7 multipliers.

Johan Törnqvist, CEO of Play’n GO, offered his comment on the new release: “We capture the essence of every game in its design — for example, the colourful tropical feel in Rainforest Magic. It was a lot of fun to base the game around an animal as interesting as the coywolf; I had no idea what they were before we started designing this game! With this game, the design reflects the nature and the surroundings of the Coywolf to immerse players in the game fully. A game should be an experience, not just a pastime, and that’s what we create with our releases.”

Play’n GO is a premier slot provider specialized in delivering highly immersive releases. The company has been around for a long time and has already become a household name in many regulated markets around the world. Its current portfolio is massive and includes a number of best-performing slots out there.