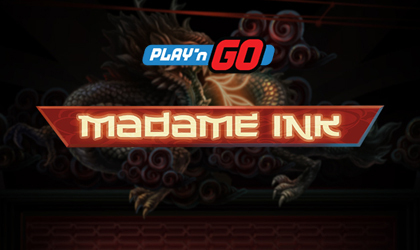 Play'n GO has gone Asian with its latest release. The title features a 5x3 grid and is set inside a creepy Chinese-style hall. The atmosphere is like there is some kind of illegal activity going on, as Asian movies often deliver. However, Madame Ink has great graphics and the developers take a careful approach to the game's appearance with a lot of details, which makes this game smooth and elegant.

It can be played on any device and comes with a full payout system, so players have at their disposal 243 active paylines. The game runs on a medium-volatile mathematical model, which suggests that its goal is to reach a wider audience, considering that this is unusual from the developer.

The rest of the numbers correspond more to the provider's standard values. The slot has different RTP values, so players should check the stats before placing a bet and the default is said to be 96.23%. The punters can bet from $0.1 to $100 per spin and the slot machine offers a maximum potential win of 5,000x the bet.

Play'n GO CPO, Martin Zettergren, spoke about the idea behind it:

“It’s always important to approach a theme from a new angle, to move ahead of the competition and create a more distinctive experience for operators and their players. The artwork and the design, are just one element of the game for players to enjoy, then you have the narrative of Madame Ink and her magical powers, which gives a whole other aspect as well.”

The Sweden-based provider has been accepted in around 15 regulated markets in Europe and the slot operator also has a large market presence in various countries around the globe. The brand is rated as one of the best online game companies in the iGaming industry.

The main reason is that the developer put a lot of effort to create unique and quality games. The most popular slots from their provider are Tome of Madness and Riche Wilde.

Play'n GO was launched in 1997 and since then, it has operated as a subsidiary of well-known companies until 2005, when it began to operate as an independent brand. They are committed to building high-quality games and they have over 130 titles attached to their name.